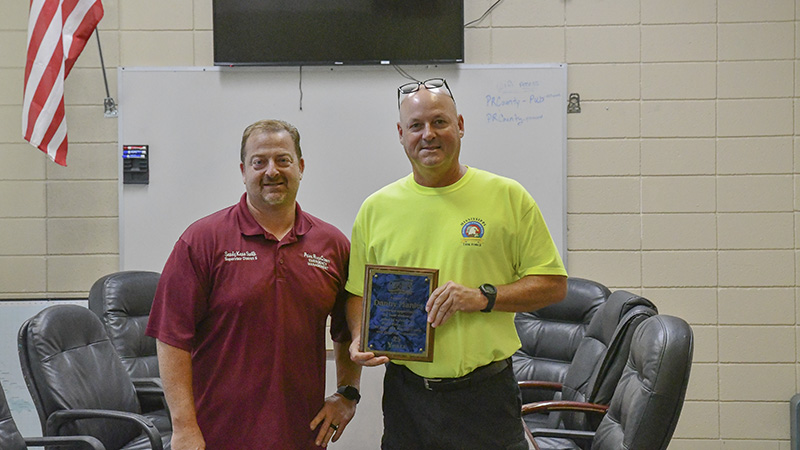 Prior to taking on the responsibilities as EOC Director, Manley was a career firefighter for the Picayune Fire Department where he worked his way to becoming the Training Officer and Fire Marshal. After that, he worked for the Mississippi Office of Homeland Security where he was the Training Coordinator and Public Information Officer for the state of Mississippi. He has amassed a total of 25 years of working in Pearl River County.

Retirement for Manley is simple, he doesn’t have any immediate plans other than spending more time with his wife.

“I want to spend time with my wife, that’s probably, no, that is the number one reason why I’m leaving,” he said.

He did say that when he ventures back into the work force the field he will choose will be something new to him.

“Just to look for new challenges. I will get involved with something, just haven’t decided yet.” he said.

For about the past three years he’s been preparing to close this chapter in his life by training his replacement. Before making his exit he wanted to leave the county in good hands.

“I think they’re in a good spot and I can move on,” Manley said.

As he transitions to retirement he plans to relax for a time.

“It will be nice to see what it’s like to not be on call 24 hours a day and get woken up in the middle of the night with some event that’s never happened and having to figure something out on the fly,” said Manley.