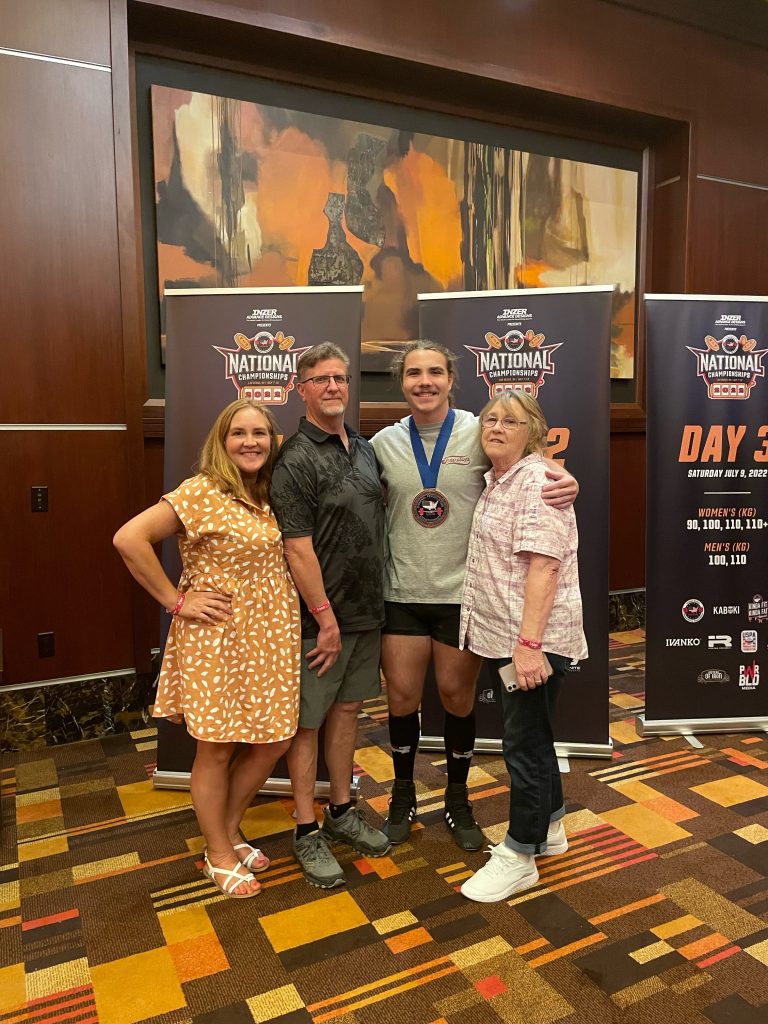 Pearl River Central High School graduate and Pearl River Community College student Garret Rester, is now the new United States Powerlifting Association Federation world record holder after squatting 617 lbs.
On Friday, July 8, Rester competed in his first USPA National Powerlifting Championship event in Las Vegas, Nevada. He participated in the bench press, deadlift and squatting events.
Rester said he had a really good day in the bench press and deadlift events, competing against other power lifters aged 18-20-years-old.
Rester’s path to powerlifting started during his sophomore year with the Blue Devils. Since then he’s racked up several state appearances and one 5A South State Championship in 2021.
After displaying his talents across southern Mississippi, Rester decided to compete in the USPA meets.
“That’s what brought me to competing in nationals,” said Rester. “I’m just doing it kind of like a free agent, kind of on my own as a hobby.”
During the day of the competition, Rester’s goal was to put up his best numbers. He did just that by pulling off a personal best 617-power squat. Rester started out at 584 lbs., after completing that he lifted 606 lbs., then 617 lbs. to finish.
After successfully squatting 617 lbs., Rester said he let out a sigh of relief because before conducting his lift he witnessed other power lifters fail to complete their squats. He wasn’t nervous but he said he could see from the judge’s look that this lift was important.
“After, I was super happy to pull it off and obviously happy about a world record,” Rester said.
Before competing, Rester was well aware of the previous record, because he and his coach Noah McKay reviewed the records books. Rester said he and McKay felt the record would be broken soon.
Breaking records has become natural for Garret; he said he broke a national power squats record one meet prior to breaking the world record in Las Vegas. In spite of the achievement, Garret is humble. In a few weeks he’ll posess the official world record-breaking certificate, along with his USPA first place medal.
“Not a lot of people can say that they have a world record spot… Power lifting is not the most popular of sports but there are certain little pockets of people who are going to be really, really excited about this and I know a lot of people back home are really, really excited about it and I am too. It’s a crazy thing to say my name is on a list somewhere for a world record,” he said.
Now, Rester is shifting gears to prepare for his first semester at PRCC. He says he’ll take a little break from competing to focus of college. When he does return to the sport, Rester will stick with the “records are meant to be broken,” mentality, including the one he holds.
“I’ve always thought records are meant to be broken so it will stand for as long as it does until someone else can get it,” he said.