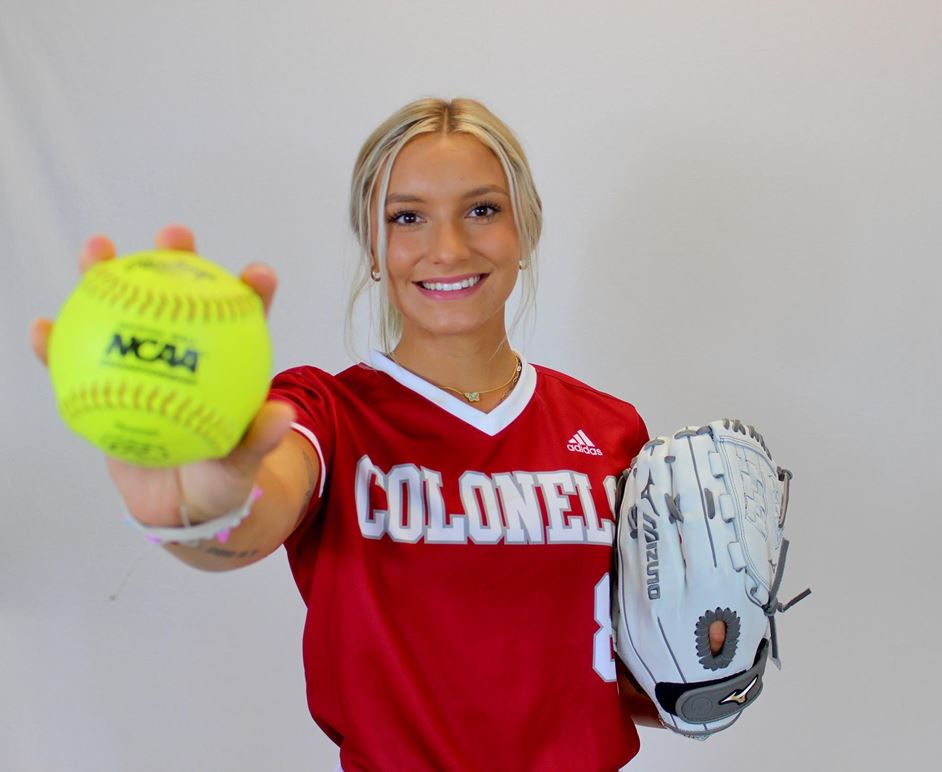 During the past two seasons, Jensen Gremillion made a big impact for the Lady Bears Softball program as the ace pitcher. Now the Plaucheville, Louisiana native returns home to the Pelican State but much further south as she has recently signed on to continue her academics and athletics at Nicholls State University.

“I’m excited and I’m a little nervous because it is a bigger platform and a bigger place to play at,” she said. “But for the most part, I’m excited to get there, excited to work with the coaches and the girls.”

Gremillion chose to sign with the Colonels over offers from Belhaven, Spring Hill College and Mobile, among others. An important aspect that stood out to her, other than Nicholls being a Division I school, is the feeling of being a part of a Lady Colonel team with a whole new coaching staff.

“There past has been rocky but a whole new group is coming in next year and the coaches said that this is their first recruiting class,” she said. “The fact that they want me to be a part of that is just overwhelming and it makes you even happier to be there.”

For Gremillion, the feeling of returning to her home state is another important factor for her. In addition, she was also drawn in by the new re-done facilities on campus — rebuilt after being damaged by Hurricane Ida.

“I really like it, It is a beautiful campus,” she said. “The field is turfed and they just got new batting cages and a new facility since everything got destroyed by the hurricane. It is so pretty there. It kind of gave that homey feel.”

Looking back on her time in Summit, Gremillion was extremely thankful saying that it was very rewarding.

“I always dreamed of playing college ball just like many other girls but I always thought that I wasn’t good enough,” she said. “Being at Southwest for those two years and being the ace, it makes you feel good about yourself because you came from nothing and you ended up doing better than anyone thought that you would. And now I am going on to bigger and better things. It makes you feel good about yourself and it makes you want to work harder.”

This past season, Gremillion shined with 125 strikeouts over 119.2 innings pitched. She also went 12-6 with five complete games. One of which was her 17-strikeout performance against Kaskaskia on Feb. 26, setting a new school record.

“Coach Shea (Johnson) and Coach Hannah (Price) gave us everything that we could have gotten at a four-year school, except it was at a JUCO,” she said. “I am extremely grateful and thankful for them. They will be a part of my life forever. They were the first college coaches that were interested in me and they both really pushed me to be the best person that I can be. I can really thank them for making me a better person a better Christian, a better pitcher and a better athlete overall.”

She also wanted to thank her teammates who also helped push and motivate her.

“Freshman year was really good because I was with my girls that I played travel ball with,” she said. “My sophomore year, they also pushed me to be a better person as well. They pushed me in Christ in addition to on the field.”

Coach Johnson said that Gremillion was a big part of his team’s success and he is looking forward to what she can do at Nicholls.

“Jensen is a phenomenal athlete,” he said. “I’m sure she will excel there (Nicholls) like she did at Southwest. She gives you everything she’s got when she steps out on the field.”