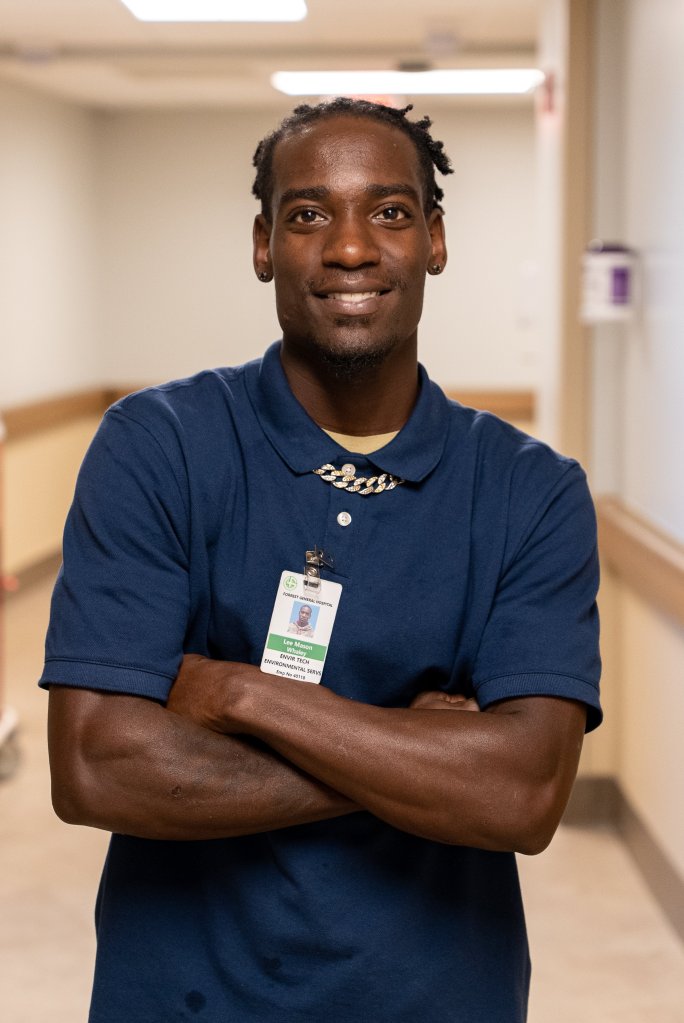 HATTIESBURG, Miss. – (July 25, 2022) There’s something to be said for being in the right place at the right time. That’s exactly where Lee Whaley, a non-clinical employee at Forrest General Hospital, found himself in the early morning hours of Wednesday, July 6.

About 6:30 a.m., Whaley, who lives in Columbia, was almost to work when he noticed the car in front of him was driving on the sidewalk in the area in front of the Forrest General Cancer Center on 28th Avenue. “I knew something wasn’t quite right,” said Whaley, who put his car in park, turned on his emergency flashers, and ran to the car. He asked the driver if he was O.K., but found him passed out. The driver’s side window was down, so Whaley unlocked the car and was able to bring it to a stop and put it in park. He then ran for help. A Patient Care coordinator and an ambulance responded to the scene immediately where they found a man performing CPR. The car’s passenger, Vincent Giron, was rushed to the hospital where he was under the care of Randel L. Smith, MD, FACC.

Giron, of Hattiesburg, is back at home and feeling better. The 62-year-old, who suffered a heart attack 11 years ago, thought he was in fairly good shape since he runs all the time and participates in a lot of the 5K runs in the Greater Hattiesburg area. He even ran in the Fouth of July race in Sumrall. Giron explained that he had been at the Thames Elementary School track, where he runs, and was on his way home when the incident occurred.

Giron has a vague recollection of possibly making a turn near the hospital’s parking lot, but his next memory is waking up in the hospital’s ICU. Giron explained that he lives in a neighborhood near the Hattiesburg Zoo, and cuts through the road in the hospital parking lot to get to Mamie Street on his way home. On this particular day, luck and Whaley were on his side.

Whaley had the opportunity to visit the patient each day. “He thanked me for saving his life, and he called me his angel,” said Whaley, who doesn’t consider himself a hero. “It was just a God thing.” Giron said he considered Whaley both a hero and an angel. “I told him that to his face and would tell anybody,” he said. “I hope he gets some recognition.”