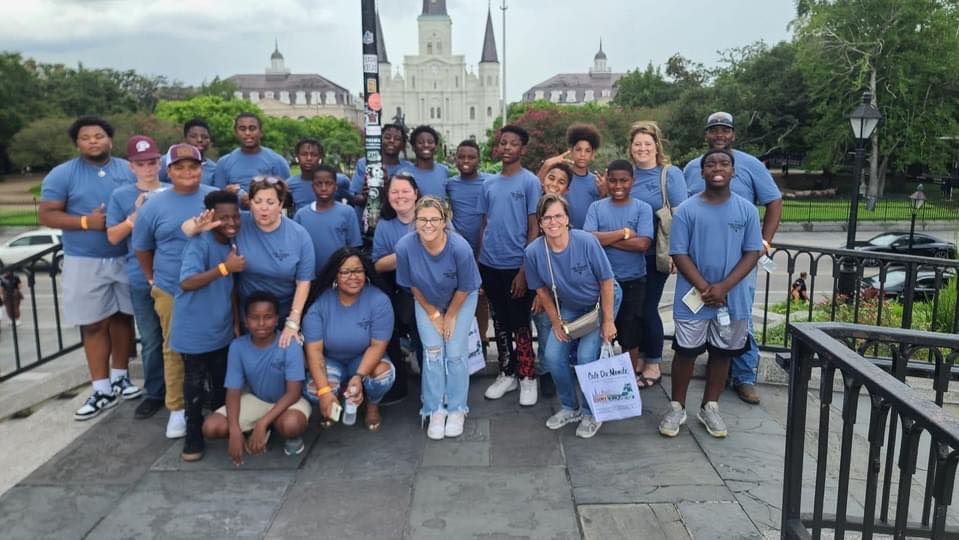 Young men who have potential but need a little extra assistance in becoming great men in today’s society are getting an extra bit of help through a project formed by a local gifted teacher.

South Side Upper Elementary gifted teacher, Susan Spiers created the Forge Project about seven years ago, molding it after actor and talk show host Steve Harvey’s Mentoring Camp, which is a project for boys with absent fathers.

Spiers realized there are students in the Picayune School District who could benefit from a similarly styled camp.

Harvey’s camp has extensive qualifications that aren’t accessible to most Picayune families, so Spiers created her own. The Forge Project doesn’t specifically target boys with absent fathers, but focuses on reaching all boys who need life guidance.

Spiers and her coworkers utilized their own money to build the Forge Project from the ground up. Today, the project runs completely off fundraisers, and is held during a single week during summer break. Spiers says it costs about $3,000 to hold the camp and each day the participants learn1 a new skill and/or visits a museum.

Last spring, the Forge Project raised an estimated $2,000 from a jambalaya sale, with donations included in that total.

This year’s Forge Project came to a conclusion last week. Six students aged 11-13 were a part of the project this year. Each boy was selected by teacher recommendations and participates in the program for two summers. Over the week they learned CPR, how to change a tire, how to cook pizzas and pancakes from scratch at Italian Grill and proper health and hygiene from Nurse Practitioner Kimaka Bowen. They also participated in Bible study, community service at a local laundromat, and took filed trips to the Lenoir Rowell Criminal Justice Center and the WWII Museum in New Orleans.

At the Lenoir Rowell Criminal Justice Center, Capt. Daniel Quave and Maj. Julie Flowers gave the participants a tour of the jail, after which several inmates volunteered to talk to the young men about making smart decisions.

Spiers said she has created a special bond with the kids over the years over the years though the Forge Project, so special that she’s considered to be a second mom to most of them.

She’s even helped several campers apply for college and complete their FAFSA paperwork.

“If they have a problem I try my best to help them as much as I can” said Spiers. “I know it’s impactful because they keep in touch.”

On the last day of camp, the boys had to give a speech on what they learned from the Forge Project. Spiers said almost every boy said that the camp has made them want to be a better man during their speech.