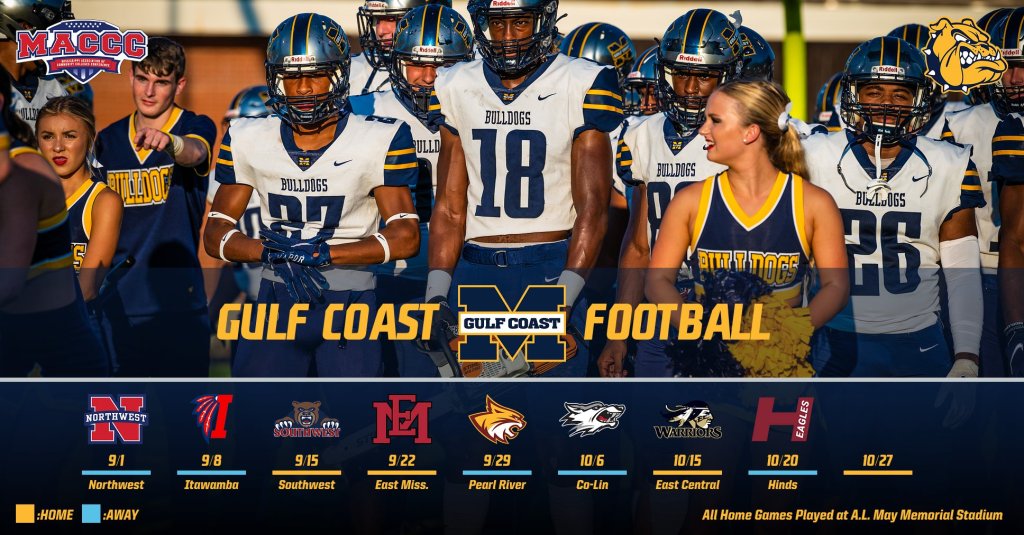 The Bulldogs kick off the regular season Sept. 1 on the road at Northwest Mississippi. Their home opener will be two weeks later when Southwest Mississippi visits historic A.L. May Memorial Stadium.

General admission season tickets cost $35 for the four-game regular-season schedule, as well as any playoff games. Youth tickets are $25. Tickets are on sale at http://mgcccbulldogs.com/tickets. Ticket prices do not include processing fees.

Chairback season tickets cost $100 for the same slate of games. Bulldog Club members have received an email containing a presale code good through Aug. 1. If you’re a member of the booster club and haven’t received the code, contact Athletic Department Administrative Assistant Sharon Kuhn at sharon.kuhn@mgccc.edu or 601-928-6360. New Bulldog Club members are also eligible for the presale, and you can join at http://mgcccbulldogs.com/BulldogClub. The seats will go on sale to the general public on that date, as will individual game general admission tickets. Adults cost $10 for those game tickets, and youths cost $7.

Leftover chairback seats go on sale Monday the week of each game for $30 each.