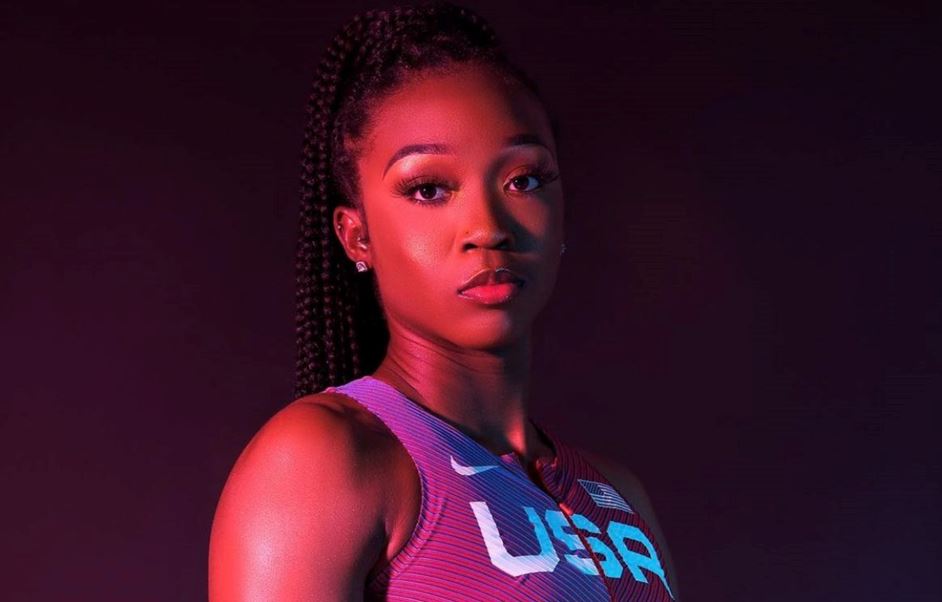 EUGENE, Ore. – The moment has come for the final Bulldog to begin qualifying competition inside Hayward Field. As part of the Mississippi State track and field program, Tiffany Flynn has already experienced the legendary venue nestled against the Pacific Northwest backdrop. The only differences between now and her 2017 MSU campaign will be the colors of her jersey and the event she’ll be competing in. Come Saturday afternoon (2 p.m. CT), Flynn will trade the Maroon and White for red, white and blue to compete in the second flight of the women’s long jump at the World Athletics Championships.

Twenty-seven other participants will meet the No. 3-ranked American long jumper, 14 in each flight. The automatic qualifying mark for Flynn and her fellow competitors is set at 6.75m, with at least 12 total athletes advancing to Sunday’s final. After taking any athlete who reaches or surpasses the threshold, the next farthest jumps will advance until a minimum of 12 athletes is reached..

While the former Bulldog has recently found success as a long jumper, evidenced by her fourth-place finish at the World Indoor Championships earlier this year, it was an entirely different event that etched her name into the MSU record book twice. Both State’s indoor and outdoor records in the women’s triple jump records are held by Flynn, the indoor mark dating to her 2017 campaign and the outdoor from 2019.

During her time in Starkville, she was steady and consistent, collecting four first team All-American honors in a three-year span (2017 indoor – 2019 outdoor).

In the season that first saw her arrive to Track Town, USA, as a triple jumper, Flynn broke her own school record, took home the silver medal at the SEC Outdoor Championships and earned her spot at nationals by finishing as the top qualifier out of the NCAA East Prelims.

Five years later, now wearing her nation’s colors and competing as a long jumper, Flynn will look to become the fourth Bulldog to reach the final of their respective event at this year’s World Championships.
The morning and early afternoon events can be streamed via the Peacock streaming service. More broadcast information can be found by NBC Sports. Nearly-live results will be available at World Athletics, along with MSU’s World Hub and social media feeds.

Finished fourth in the long jump at the World Athletics Indoor Championships earlier this year … finished fifth as a triple jumper at the 2019 USATF Championships … secured her spot at Nationals (2019) by finishing as the top qualifier from the East Prelims … SEC runner-up in the triple jump … holds the MSU school record for both the indoor and outdoor triple jump … was a four-time first team All-American as a Bulldog.