Defensive lineman to be enshrined in Pearl River Hall of Fame 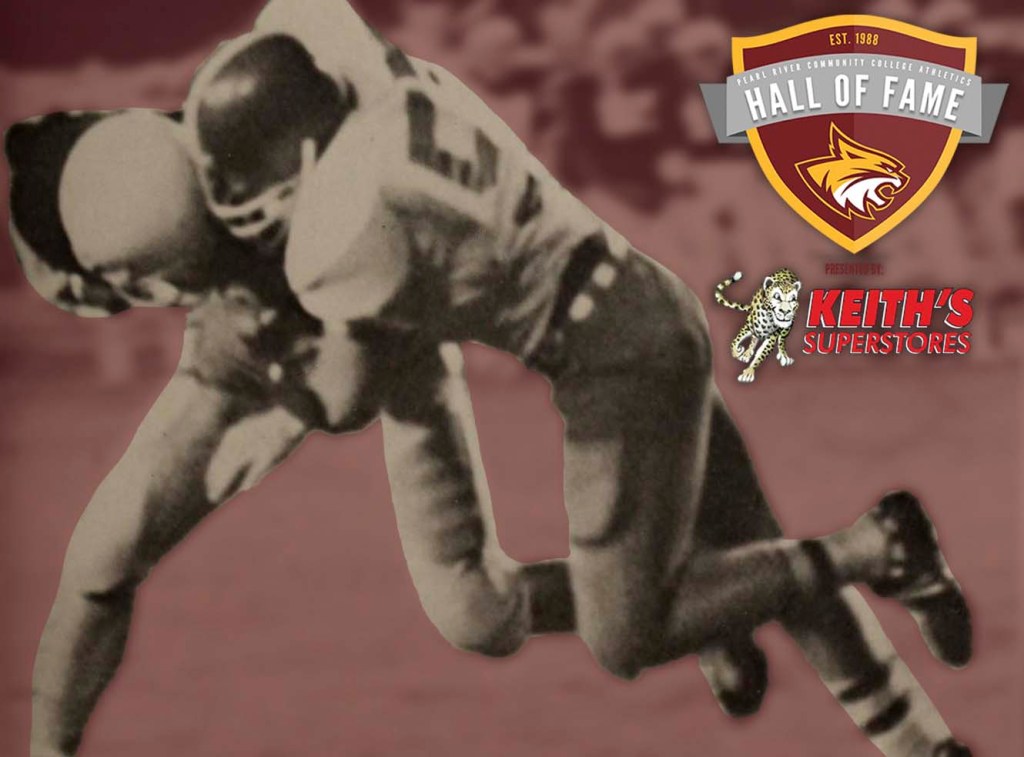 POPLARVILLE, Miss. — A two-year football standout on defense in 1974 and ’75, Lumberton native Ricky Cuevas is set to be inducted into the Pearl River Community College Athletics Hall of Fame presented by Keith’s Superstores July 29 at Hollywood Resort & Casino in Bay St. Louis.

Also included in the 2022 class are baseball’s Eric Adkins and his father and football standout Terry Wayne Adkins, long-time Sports Information Director and photographer Mitch Deaver, softball’s Rachel Hickman Kirkland and women’s basketball’s Carmen “Coco” Labat. PRCC will present Dub Herring with the Inaugural Spirit of a Wildcat Award. The River will also recognize its 2002 baseball team during the banquet. Under the guidance of PRCC Hall of Famer Jay Artigues, the ’02 Wildcats were the first PRCC squad to break through to the NJCAA World Series.

Cuevas talked about being recognized.

“It’s truly an honor and really makes me feel emotional,” he said. “There are a lot of really great men that are in that Hall of Fame. I’m glad to be able to be in there with all of these men. It’s a huge honor for my teammates to have nominated me and for me to have been selected. I’ll cherish this for the rest of my life.”

At Lumberton High School, Cuevas was a two-sport athlete in baseball and football but was most notably a standout on the gridiron.

He quickly built a reputation around the league, being selected all-conference both his junior and senior seasons.

After playing against and effectively shutting down future Alabama and Cincinnati Bengal running back Willie Shelby as a senior, Coach Jack Craft selected Cuevas as one of 33 seniors to participate in the Mississippi North vs. South game.

“Coach Craft chose me to play in the game,” Cuevas said. “He remembered how well that I contained my end against Willie Shelby. We played really well in that game and eventually beat the North 33-10.”

Cuevas originally hadn’t planned to attend college, but his grandfather convinced him otherwise and he opted to go to PRCC.

Cuevas eventually joined Hall of Fame coach Harvey Seligman’s squad at The River. Four games into his freshman season, Cuevas went in at nose guard and earned the start every game after that. The Wildcats finished the year with a 4-4 record.

“My first year at Pearl River was pretty tough,” Cuevas said. “It was the fourth game when coach (David Earl) Johnson put me in at nose guard. I had some good luck and played pretty well. I started every game after that happened.”

Ahead of his sophomore season, Pearl River made a change at the head coach position, bringing in future PRCC Hall of Famer J.C. Arban.

Under the direction of Arban and with Cuevas helping lead the way on defense, PRCC improved its record to 7-2 and fell just one game short of the conference title. After the season, Cuevas was named Outstanding South Defensive Lineman, All-State and was selected to the All-Star team. With Cuevas and a number of other Pearl River football standouts suited up for the south team, they cruised past the North team and Cuevas was named Most Valuable Player.

“It was really an honor to be named the MVP,” he said. “I had never received an honor that high. I really cherished it and have always shown my kids and told them it was a lot of hard work, blood and sweat that made that happen. My dad even ran on the field and hugged me. I’ll never forget that.”

Cuevas talked about what it was like playing under Arban.

“I didn’t know that coach Arban was going to be a Hall of Fame coach one day, but he ended up being a heck of a football coach,” he said. “He was a strict coach and he instilled a hard work ethic in each of us. We played hard for him because he kept us on track. If we messed up, we knew that he was going to make us pay for it.”

Once Cuevas’ Pearl River career wrapped up, he moved on to play nose guard at Delta State in 1976 and ’77.

Cuevas attributed both his ability to play at the next level and his choice of school to coach Arban.

“I think that having the opportunity to play for coach Arban helped me to play at the four-year level,” he said. “He really believed in me. When I was getting recruited, I had the opportunity to go to four or five colleges and coach Arban sort of told me I was going to Delta State. When he talked, you listened so I said yes sir.”

Know a former Wildcat who you believe should be considered in the future? Nominate by visiting https://prccathletics.com/hof/Hall_of_Fame_nomination_form or visiting PRCCAthletics.com/HOF and clicking the nomination form link at the top of the page.