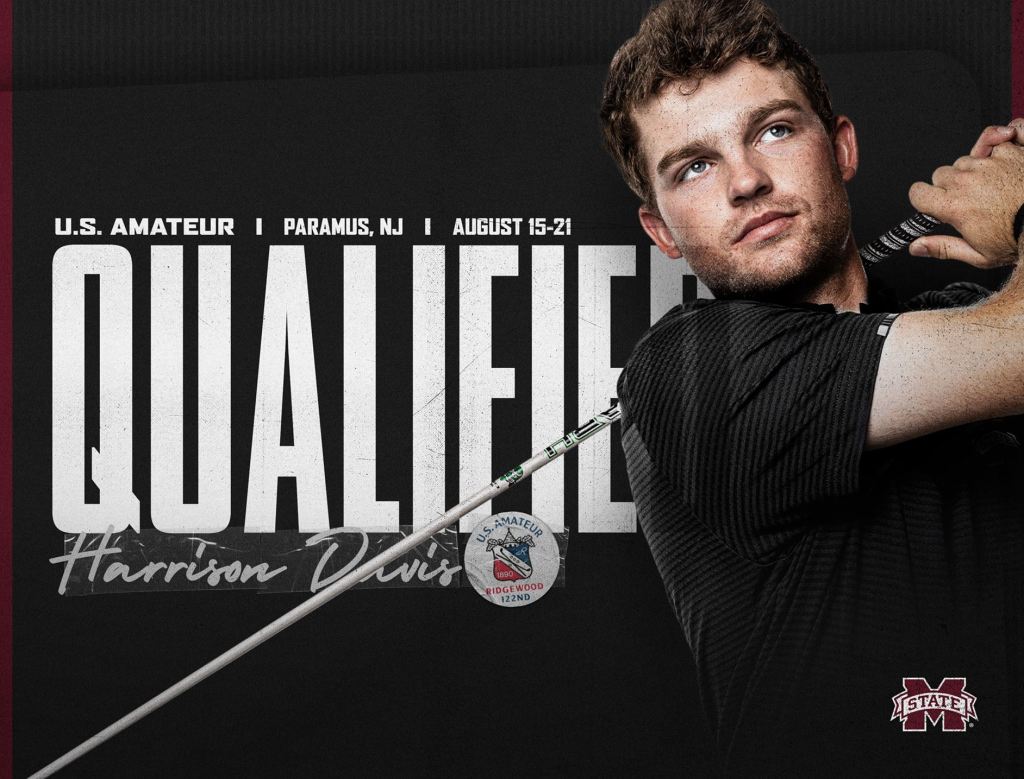 DECATUR, Ala. – Harrison Davis, a rising junior at Mississippi State, finished third in the U.S. Amateur Qualifier played at Burningtree Country Club, earning a berth in the 122nd edition of the prestigious tournament.

Davis shot 8-under over two rounds on July 5 to qualify. He was three strokes back of the co-leaders and one stroke ahead of the first alternate.

The Fort Payne, Alabama, native shot 67 in both rounds. He picked up most of his strokes on the back nine in his opening round. After carding a birdie on Hole 9, Davis birdied Holes 11, 13 and 16 to finish 4-under on his first trip through the course.

Davis overcame an early setback in his second round when he bogeyed Hole 4. However, he immediately responded with a birdie off the next tee and picked up another on Hole 7 to sit 1-under at the turn. Back-to-back birdies on 13 and 14 gave him a chance to secure his bid to the U.S. Amateur, and he sealed it with an eagle on Hole 16.

The 122nd U.S. Amateur is scheduled for August 15-21 in Paramus, New Jersey. The tournament will be hosted by The Ridgewood Country Club and Arcola Country Club. Two stroke-play rounds of 18 holes will take place on August 15-16 before the field is cut to 64 for match play.