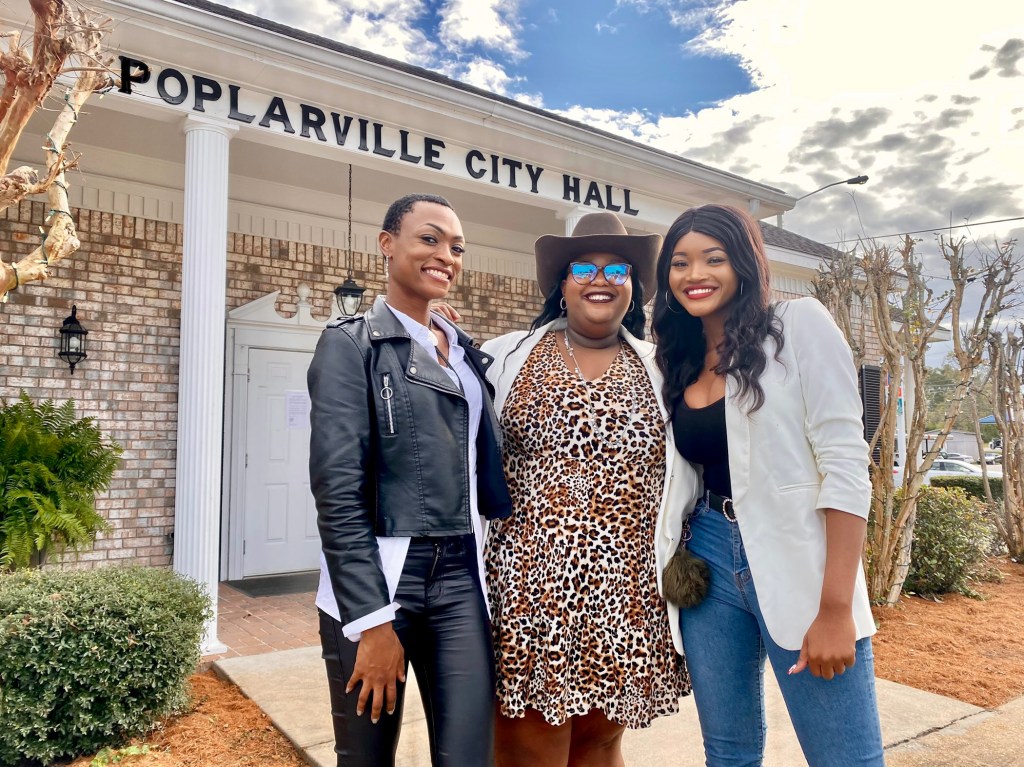 On Wednesday Poplarville’s very own country music band Chapel Hart earned a rare Gold Buzzer during a recent airing of America’s Got Talent, after wowing the judges with their original song that pays homage to Dolly Parton, “You Can Have Him Jolene.”

“We are just completely mind blown at this point. At that moment when it happened we were so shocked. They told us that they didn’t have anymore Golden Buzzers to give and we didn’t even know they could do that. So whenever they gave us the Golden Buzzer it truly put everything in perspective,” said Devynn Hart. “We’ve been on this journey for so long and it finally felt good to be recognized.”

It was a heart worming moment for Chapel Hart especially Danica, who couldn’t hold back her tears when talking about the local band’s journey to get where they are now.

“We’re so overwhelmed in the most beautiful way, in a way that we’ve never been,” said Danica.

Cowell said during the show that Chapel Hart might just get a record deal due to their performance, something the group has been working towards for years.

Trea Swindle spoke about the Danica’s heartfelt comments during the show, where she briefly mentioned the hurdles of making into the country music while being women of color.

“That has been such a big part of it because representation is a big part of it. Growing up we didn’t really see black women singing country music and for a lot of kids if you don’t see it then you really don’t know that it’s possible,” said Swindle. “We’re just so proud to be that beacon and not just for black girls but for little girls of all races and all colors and all shapes and sizes…If you can dream it you can achieve it if you work hard enough.”

Danica Hart said that everything the group has done is about the journey and being able to look back and say that they did it all.

“Whether we’re at the end of our music journey or the end of our life we want to be able to have no regrets and say we did everything,” said Danica Hart.

Chapel Hart’s next move is to finish their tour by the end of the year along with figuring out what they will do for the America’s Got Talent live show.

The America’s Got Talent live show will air on Aug. 9.