CEO Bill Cotter to retire after 23 years with HCPHC 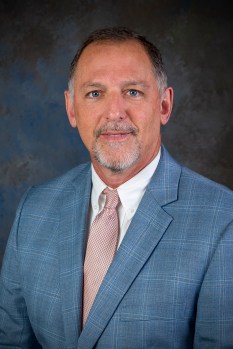 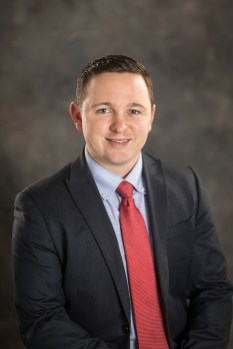 KILN, MISS. – Hancock County Port and Harbor CEO William “Bill” Cotter recently announced he plans to retire at the end of year after 23 years of service.

Cotter has served with Port and Harbor for over two decades in various roles, including Stennis International Airport Director, agency chief operations officer and, since 2021, CEO.

“After a lifelong career in aviation and economic development, I’ve decided it’s time to take break and refocus my energy,” Cotter said. “My wife and I plan to enjoy retirement and spend more time with our children and grandchildren.”

During his tenure as airport director, Cotter helped guide Stennis Airport’s recovery from Hurricane Katrina and coordinated the airfield activities during the BP Deepwater Horizon response. Since 2005, he has overseen nearly $40 million in capital improvements at the airport including the construction of the air traffic control tower, aircraft hangars and the terminal building. As COO, Port Bienville Industrial Park’s existing docks were refurbished and improved, and construction began on a new 600-foot dock, which is expected to be completed later this year.

Among other accomplishments, Cotter was instrumental in attracting a line of companies that resulted in Tyonek Service Group’s operation to Hancock County. The Department of Defense contractor performs maintenance, repair and overhaul operations for military aircraft. It is one of 30 companies at the port and airport that together employ nearly 1,000 people.  Cotter is also credited with bringing the United States military operations support to Hancock County.

“Economic development is really about creating opportunities for our neighbors to grow. When I look at the hangars and buildings, I’m impressed by the work we’ve done at Port and Harbor. But when I think about the hundreds of employees and the families they support, when I see them around town at shops and restaurants, I’m proud of the impact we have had to make Hancock County one of the best places to live,” Cotter said. “I thank the Hancock County Port and Harbor Commission and County Board of Supervisors, past and present, for the support over the years.  It has allowed us to grow the airport and port into the economic engines they are today.”

The Port and Harbor Commission accepted Cotter’s retirement and recommended current COO Blaine LaFontaine as the next CEO beginning January 1, 2023. The Hancock County Board of Supervisors voted July 5 to accept the recommendation.

“Hancock County and entire region benefitted from Bill’s dedicated service,” LaFontaine said. “Over the next six months we will continue working together to ensure a seamless transition. We have exciting opportunities ahead and will continue to build on the success that Bill’s leadership has brought.”

LaFontaine joined HCPHC as Chief Operations Officer/Port Director in March 2021. In his current role, LaFontaine is responsible for overseeing the organization’s ongoing operations and procedures along with development at Port Bienville Industrial Park.