Cause of Nicholson VFD station fire determined to be accidental 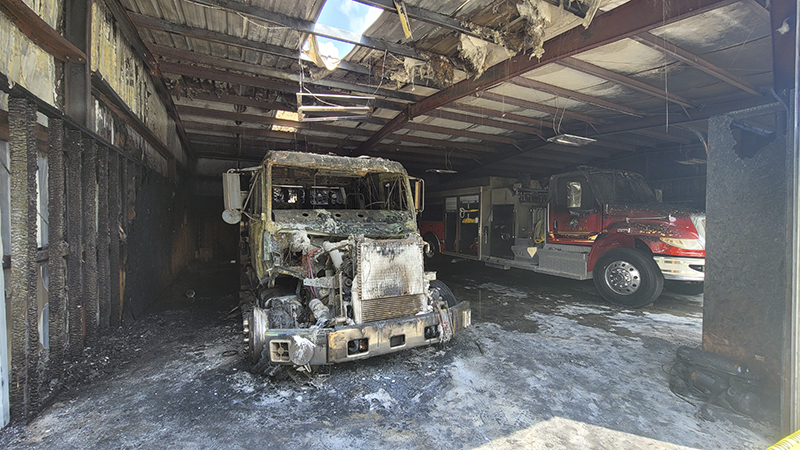 This fire truck housed in a satellite station for the Nicholson Volunteer Fire Department suffered significant damage during a fire in the station Monday night. Photo by Jeremy Pittari

An investigation into the cause of a fire that damaged the satellite station of the Nicholson Volunteer Fire Department located on Jackson Landing Road determined the cause to be accidental.

Even though the fire damaged three departmental vehicles and some fire fighting equipment, fire protection services in that area will continue as normal.

“There are no foreseeable issues with fire protection services in the Nicholson community. Pearl River County enjoys a robust automatic and mutual aid agreement between the volunteer fire departments, the municipalities and neighboring jurisdictions. The Nicholson Volunteer Fire Department is working diligently in coordination with the Pearl River County Board of Supervisors to quickly procure replacement equipment,” the release states.

The fire occurred on Monday evening just before 11 and was fought by firefighters from several agencies. No injuries were reported and the flames were extinguished quickly, according to previous coverage.