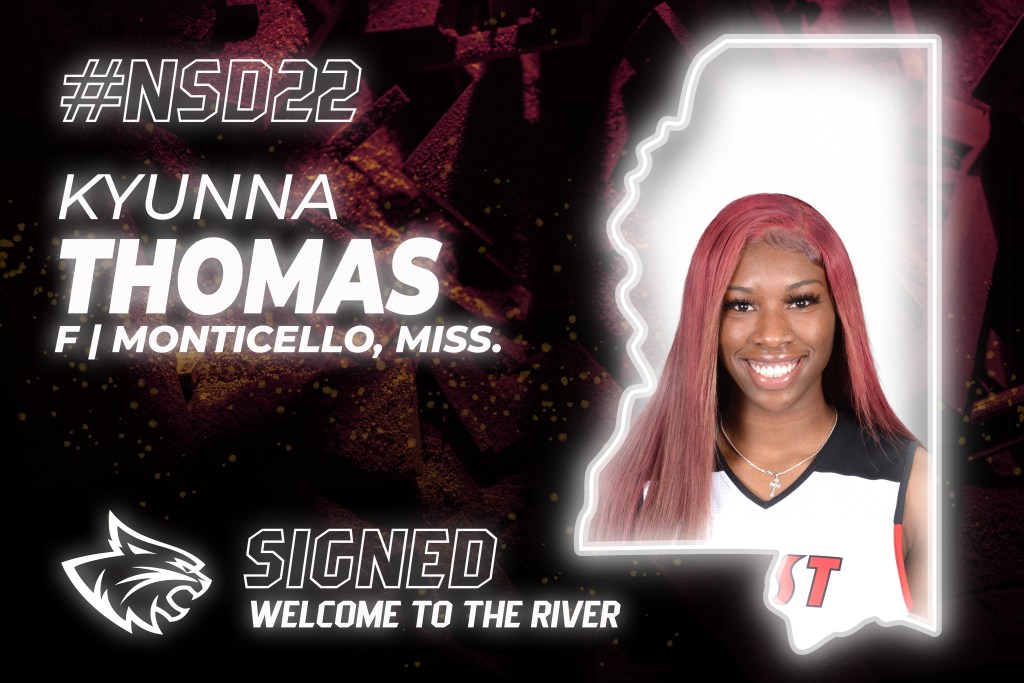 POPLARVILLE, Miss. — The Pearl River women’s basketball team has added another valuable member to its 2022 signing class with the addition of former Clarion-Ledger dandy dozen member and East Mississippi transfer Kyunna Thomas.
Thomas joins a 2022 signing class that includes Alexis Arrington of Terry, Yasmin Burley of Pascagoula, Remini Nickey of Newton County, Khyla Raggins of Harrison Central, Zia Shields of Newton, Hama’ya Fielder of Neshoba Central and Winthrop transfer J’Mani Ingram.
“Kyunna is a very versatile player who can play inside and out,” head coach Scotty Fletcher said. “She has an incredible motor, runs the floor well and has great basketball instincts, which her stats reflect. She is a player that I am very familiar with from her dandy dozen days in high school to her elite play in our conference. KT has proven herself to be a tough matchup night in and night out in a very competitive league. She can impact both ends of the court and has a nose for the ball. She rebounds the ball extremely well out of her area and that creates a lot of advantages for her.
“She comes from a great family and we are super excited she is joining the Wildcat family here at Pearl River. I can’t wait to coach her in the maroon-and-gold.”
The 5-foot-11 Thomas spent the last two seasons with the East Mississippi Lions.
Thomas played in 24 games for EMCC during the 2021-22 season and nearly averaged a double-double, finishing with 9.4 points per game and 9.4 rebounds per game. She shot a stellar 51.6 percent from the free-throw line and chipped in 1.3 assists per game.
As a freshman in the 2020-21 season, Thomas played in 17 games, averaging 5.8 points and 5.1 rebounds.
Prior to her time in Scooba, Thomas was a high school standout for the Lawrence County Cougars.
Before her senior campaign in 2018-19, Thomas earned a Clarion-Ledger dandy dozen selection. She backed up the selection with her play, finishing the year by averaging 14 points, nine rebounds and five assists.
The versatile Thomas led LCHS to its first MHSAA 4A State Championship during her junior season in 2017-18. She averaged a stellar 15.7 points, 7.8 rebounds and 3.4 assists. In the State Championship victory, Thomas finished with 12 points, seven rebounds and four assists.
Thomas was also a key contributor during her sophomore season, averaging 11.8 points across 24 games played.
For the latest on Pearl River Community College athletics, follow us on Twitter (@PRCCAthletics) and Facebook (PRCCAthletics).