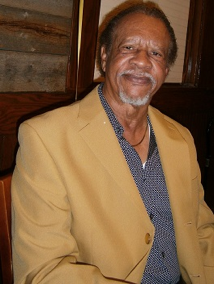 Isiah left his Earthly home and entered his Eternal home on Friday, June 3, 2022.

He lived in San Diego, California until he retired from San Diego Gas & Electric in June 1995 and moved back home to Harts Chapel, Derby Mississippi. He was the President of his family Investment business: Max- Eight LLC, he also worked at a Welding Company in Hattiesburg, MS for a short period of time.

Funeral service will be held Saturday June 11, 2022 at Harts Chapel Baptist Church in Derby, MS. at 1 p.m., visitation from 12 noon until 1 p.m. under the direction of Baylous Funeral Home.