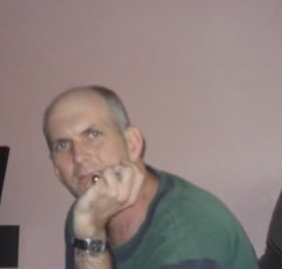 Memorial Services will be held at a later date for Mr. Tony L. Pikla, 58, of Biloxi, MS (formerly of Hattiesburg, MS).
He died Sunday, June 19, 2022.
Tony worked in the food industry for many years, including Luby’s Cafeteria and Letha’s BBQ. He was involved in the YMCA Special Olympics and the ARX of Mississippi and a member of Willow Pointe Baptist Church. He was a huge fan of USM Athletic and arguably the Dallas Cowboy’s biggest fan.
He was preceded in death by his parents, John and Ora Lee Pikla; grandmother, Alice Phillips; grandfather, John Pikla; aunt and uncle, Mike and Barbara Smith; aunt and uncle, Bill and Jean Strawbridge; uncle, Victor Pikla, and cousin, Mark Smith.
He is survived by cousins, JC Smith of New Orleans, LA, Michael Smith of Carriere, MS, and Robert Smith of Mobile, AL; one sister, Barbara Oubre of Louisiana;; one niece, Tara Oubre of Louisiana, one nephew, Justin Oubre of Louisiana, two great-nephews, and a host of other cousins and extended family.