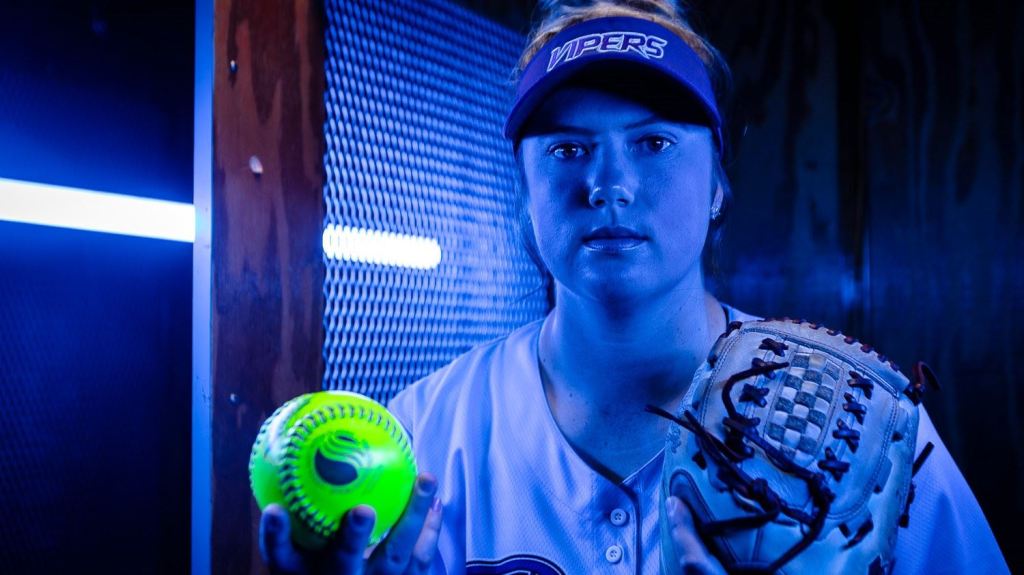 STARKVILLE – Former Mississippi State softball players Annie Willis and Fa Leilua turned in a perfect 3-0 record in their first week of WPF play with the Smash It Sports Vipers.
In the first game of the league’s history, the Vipers defeated the USSSA Pride, 9-5. They then went on to claim a 7-5 victory over Team Alliance and closed the week with an 11-4 decision against the Heartland Fastpitch League (HFL).
Leilua started all three games, rotating between designated player, first base and catcher, a position she had not played since her freshman year at Arizona State. She picked up a double on Opening Day and later scored on a home run. She also had a hit in her second professional contest. On Friday, she scored after reaching on a fielder’s choice when her teammate hit an inside-the-park home run.
Willis made her professional debut in relief on Thursday against Team Alliance. She threw 2.0 innings, retiring six of the first seven hitters she faced. She faced two more batters, allowing a single, but was replaced when a run came home on an error.
Her second outing was smoother. Willis came on with two runners on and two outs in a 5-3 ballgame after three HFL runs had already scored in the third. She quickly got out of the inning before inducing a double play and recording her first professional strikeout in the fourth. Willis finished the day with one run allowed in 2.1 innings with two strikeouts.
Women’s Professional Fastpitch (WPF) is the official professional softball league in the United States, founded by USA Softball, USSSA and Smash It Sports. WPF replaces the former NPF and will showcase the best athletes in softball, provide a world-class experience for fans, and connect young girls to their idols.
The Smash It Sports and the USSSA Pride will play a series of exhibitions across the country this summer as the inaugural season will focus on highlighting the league’s launch and attracting new fans and partners.
All games will stream on usssalive.com.
For more information on the Bulldog softball program, follow on Twitter, Facebook and Instagram by searching “HailStateSB.”