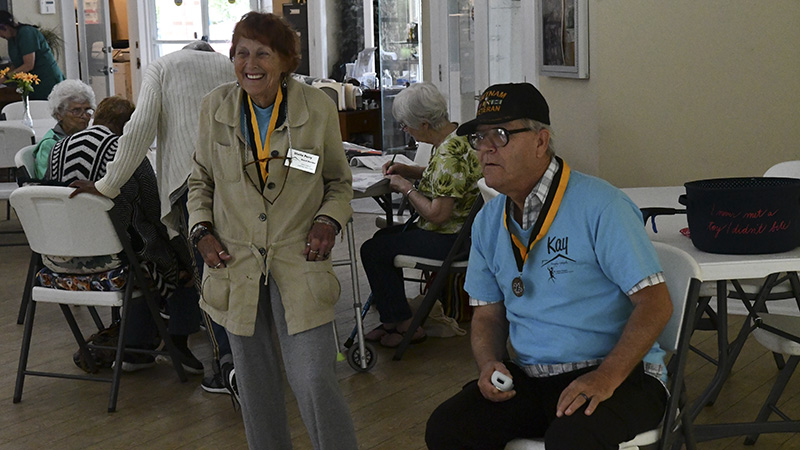 With the 20-year anniversary for The Senior Center of South Pearl River County approaching, many locals may be unaware that it’s been around much longer.

Executive Director David Sykes  has been with the Senior Center for the past seven years. Before the center secured its current location at 45 El Patch Parkway in Picayune, it operated out of a local carport. On June of 2002 a grant from the Lower Pearl River Valley Foundation allowed the founding members to move the center’s operations to its first and current building. Several years later an addition to the building constructed the arts and crafts classroom.

Over the years other expansions occurred, such as parking lot to bring in more handicap parking spots, a new roof, replacement  of the HVAC system, and painting of the entire building.

About 50 people a day show up to the center for lunch, which is the center’s most important program, providing food to senior citizens Monday- Friday at no cost. Participation at the local senior center outpaces all other centers in the state, Sykes said. Other than lunch, about 20 senior citizens come for the activities, while major events held there attract about 100 citizens.

Sykes said that during the recent pandemic, staff became very aware that isolation of senior citizens is of concern. When senior citizens are isolated, they can potentially deal with a lot of mental and physical health issues, among other challenges. Allowing the senior citizens to continue to make connections after the pandemic is important to the center’s staff.

“The best thing we do here is keep them connected. We are open from 8:30 in the morning till 3 in the afternoon. We have a variety of activities, so everybody that comes can find something of interest to them,” said Sykes.

The center has a long list of activities, such as an art workshop, painting (pastels), ceramics, karaoke, line dancing, and woodcarving. There are also easy going sports like bean bag baseball, cornhole, darts and more.

Several seniors took their competitiveness to the Greater New Orleans District Senior Games in New Orleans this past spring where they competed in beanbag baseball and corn hole.

“We’re always trying to find something that fits the needs of our mission,” said Sikes.

The Senior Center of South Pearl River County’s mission is to provide a safe, inviting environment for seniors who are in more challenging circumstances. To that end, the center provides those seniors with a place that can boost their physical and mental health and social well-being.

The center will celebrate its 20th anniversary on June 18. With so many positive services offered at the center, Sykes doesn’t see a reason why it wouldn’t be here for 20 more years. The anniversary celebration will be on June 18 starting at 9 a.m. at 45 El Patch Parkway, off of Frontage Road in Picayune.