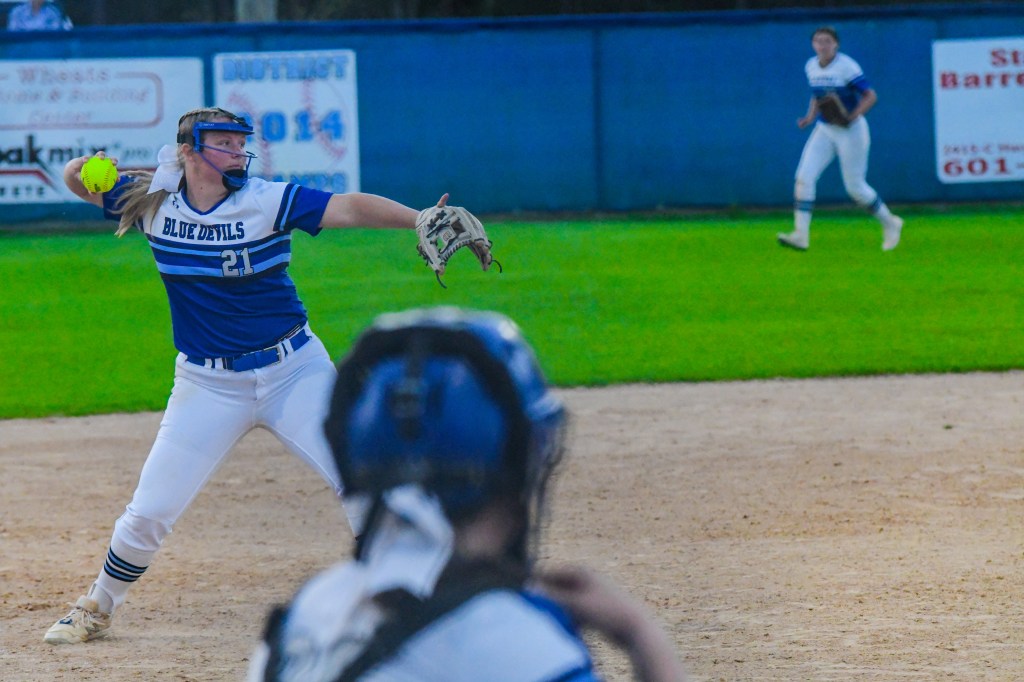 The Lady Blue Devils junior duo of Izzy Martin, and Baylee DeVore will play in the 20th annual Cornerstone Rehabilitation MAC All-Star Fast Pitch Softball games. Friday June, 3 and Saturday June, 4 at Community Bank Park in Jones College will feature some of the top softball talent in north and south Mississippi area. This two day all-star event features a north versus south format in a two game series. There will be a Rising Stars series featuring infielder Baylee DeVore. Then the Junior All-Star game for classifications 1A though 3A will follow.

Then, the Junior All-Star game for classifications 4A though 6A will close out the competition. That game will feature infielder Izzy Martin.

Both Martin and DeVore earned their recognition as all-stars and rising star in Mississippi softball. They were part the PRC’s seventh district title in eight years and the program’s first ever undefeated 6-0 district season finishing 19-11.

DeVore was also named an all-district 5A region 7 player. During the season she had a 0.265 BA and led the team with 105 PAs and 83 AB. She’s right behind Martin in runs with 28 on the year along with 22 hits, 9 RBIs and 8 stolen bases in the course of 28 games. On defense DeVore had the team’s second best fielding percentage at 0.974, along with making 35 assists.

Martin and DeVore can be seen in action this Friday when game one of the Rising Stars Series starts at 4 p.m. Martin will also play in game one of the Junior All-Star game at 8:30 p.m. Saturday’s game two of the Rising Stars Series will begin at 10 a.m. and the game two of the Junior All-Star game will begin at 2 p.m. All games will be played at the Community Bank Park on the Jones College Campus in Ellisville MS.