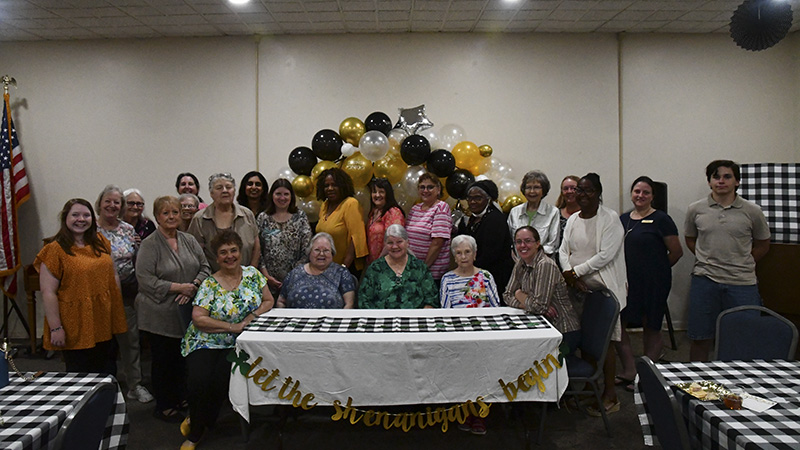 The Friends of the Crosby Library, the library staff and local elected officials threw a surprise retirement party for Pearl River County Library System Director Carol Phares on Thursday, who is retiring from that role.

During her nine years as the director, Phares said she’s seen the library impact the community in a lot of positive ways. The fact that Picayune has a library is impactful and Phares says a community needs its library.  During her years with the library system, she’s seen many positive changes, such as the establishment of a public website, increased collection of print books, availability of e-books and updated textbooks about careers, health and technology. Additionally, she said the library survived the COVID-19 pandemic.

“The library has improved. Because of the pandemic, the library has turned around and gone online, we’ve been trying to get on for years and years and it finally happened. It (the pandemic) really kicked us into the 21st century,” said Phares.

Phares said her predecessor, Linda Tufaro, started the transition to bring the library to the 21st century and that she  just helped bring it over the threshold. Phares hopes the next director will take what she and Tufaro have built and, “go for the stars,” she said.

Phares appreciates what her staff members have done for the library over the past several years, calling them, “the stars of the show.”

Even through the pandemic, the staff provided books to the community, held book sales, summer reading programs and much more, some of which was done virtually for safety.

Phares has always been a member of the public library, and believes the library is a place to give people what they need if they want to improve themselves or learn things.

“It’s such a treasure trove of information in there,” she said.

Phares sees the library as a key place to provide the community’s knowledge to everyone through creative outlets like podcasts, the Internet and blogs.

In her retirement, Phares plans to use the library often as a resident of Picayune and remain involved in the community.

“I will be involved with the community, that’s the bottom line. I’ve gotten to know a lot of people and gotten to really love this community and this county and I’ll be a part of it, I just don’t know how yet,” said Phares.