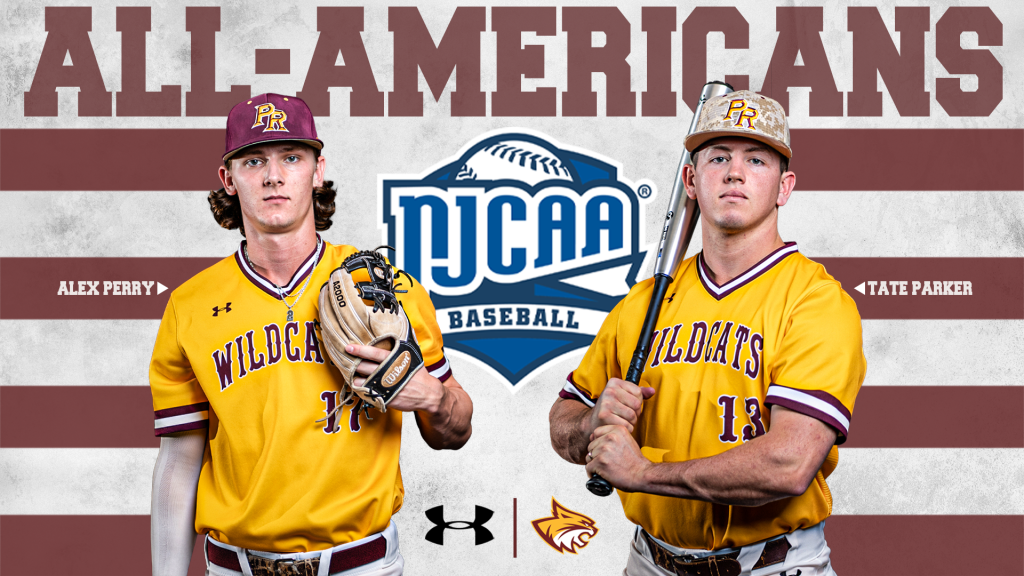 “Being named to the All-American team is a tremendous honor and both of these young men are very deserving,” Pearl River coach Michael Avalon said. “Throughout the year, Tate and Alex were anchors in the middle of our lineup and helped lead us to a National Championship.”

Parker is the first Pearl River baseball player to be named an All-American twice.

The expectations for Parker were higher than ever coming into the 2021 season. After being named First Team All-MACCC, MACCC Player of the Year, All-Region 23 and a First Team All-American in 2021, the center fielder came back with an even more impressive 2022 campaign. On the way to the program’s first National Championship, Parker led the Wildcats in nearly every statistical category. He held a .450 batting average, .531 on-base percentage and .820 slugging percentage. His .450 batting average is the highest single-season batting average in program history.

Parker broke the Pearl River career home run record during the regular season and now sits at 37 in his remarkable Wildcat career.

Parker has also been named First Team All-MACCC and All-Region 23.

“Tate did it again. What a special player and more importantly a special young man who during the year became a husband and father,” Avalon said. “For the past two years, he handled being a marked man and constantly made an impact that catapulted our team to another championship. It is fitting for him to cap off the greatest individual season in Pearl River history with another All-American honor. Congratulations, Tate.”

Perry was set to make an impact in the 2022 season, but no one could have predicted the remarkable year that he was going to have.

Perry proved to be a true do-it-all player as he also stole 22 bases and held a fantastic .912 fielding percentage at the hot corner.

He was also named Second Team All-MACCC and All-Region 23 at the end of the season.

“Not many freshmen come into this league and make the impact that Alex made this year,” Avalon said. “Most impressive about Alex was his continual improvement throughout the season. Every week, he got better and better. Early in the year, he was a freshman just trying to figure things out. During conference and the postseason, he was a guy our team looked to for the big hit and he delivered time and time again. Congratulations, Alex.”