Pearl River will honor ‘the Dean of JUCO SIDs’ 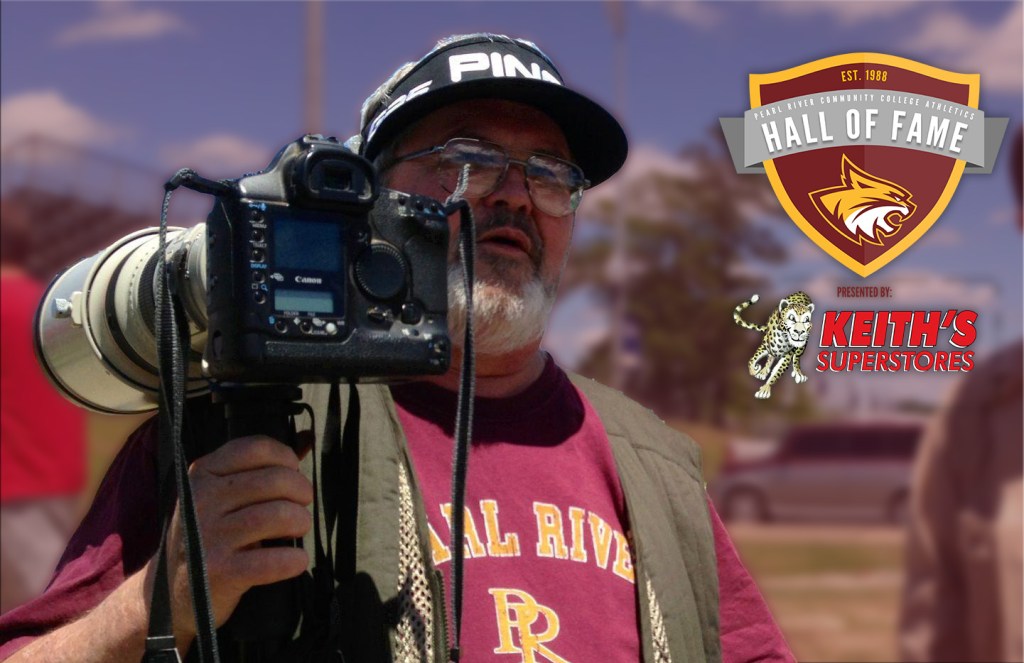 Along with Deaver, the Hall of Fame ceremony will recognize baseball’s Eric Adkins, football’s Terry Wayne Adkins and Ricky Cuevas, softball’s Rachel Hickman Kirkland and women’s basketball’s Carmen “Coco” Labat. Deaver is just the third non-athlete or coach to be inducted into the Hall of Fame along with trainer Phil “Doc” Hudson and administrator Larry Stanford.

“He wasn’t the kind of guy who would’ve made a big to do out of it, he never did, but I think it would have meant the world to him as well. I could imagine his comment being that ‘y’all didn’t need to do that’ or something along those lines. He loved doing it and for others to recognize that is amazing. It’s hard for me to think about just how much it would have meant to him. We were emotional when we got the call about it. It’s much appreciated.”

PRCC is also presenting Dub Herring with the inaugural Spirit of a Wildcat Award. The River is also recognizing its 2002 baseball team during the banquet. Under the guidance of PRCC Hall of Famer Jay Artigues, the ’02 Wildcats were the first PRCC squad to break through to the NJCAA World Series.

A Purvis native, Deaver grew up with a love for sports but opted not to play them throughout high school. It was at Purvis High School where he discovered his new love, newspapers.

“We both had similar interests and we worked for the school paper staff,” Mac said. “Mitch was a really good artist. Growing up, we were called the two kids who could draw. That’s how we started to get involved in school publications and that’s where his interest in the print business really began.”

After graduating from high school, Deaver made the decision to attend Pearl River in part due to the persuasion of Pearl River Hall of Famer Larry Stanford. Stanford was the Director of Public Relations at the time and after seeing Deaver’s artwork, talked him into attending PRCC and working in the public relations department.

“That was the first that I remember Mitch getting interested in going to Pearl River,” Mac said. “He immediately got involved in communications and working for the school’s paper the Dixie Drawl. That’s where he really took a liking to the newspaper business. He drew cartoons and wrote a lot of stories. Mitch eventually graduated from Pearl River, but we joked about it with him that he was on the three- or four-year plan there.”

Upon graduating from The River, Deaver began a long career in the newspaper business, working for different papers across Lamar and Pearl River County; he eventually earned the title of Sports Editor for the Poplarville Democrat.

Although Deaver worked off and on with PRCC throughout his time in the newspaper business, it wasn’t until April 1996 that he moved into a full-time role where he spent the next 19 years of his life as the college’s Sports Information Director.

During his time as a Wildcat, Deaver was known to have a wide array of skills, including writing, graphic design and photography. He most prided himself in his remarkable photography, capturing moments at the perfect time.

“He developed his love for photography at PRCC. It started really quickly. Suddenly, Mitch had collected this large inventory of photography equipment,” Mac said. “He loved to go to games just so he could take pictures. He focused on a lot of things in his job, but he was always going to events to take photographs. He stopped drawing as much and carried his artistic eye over into photography and he was very meticulous with it. He hustled around the fields, taking dozens of pictures. He really became known for that among many of his other talents.

“He would mail me manilla envelopes of pictures that he had taken and thought I may like just so I could have them.”

“Mitch wasn’t just a super photographer. He was a very good graphic design specialist as well. He designed the covers for all of our PRCC sports brochures and programs,” he said. “Before sports photography became such a hot commodity, he was, without question, the best sports photographer in the state.”

Deaver was also well-known around the Mississippi Association of Community and Junior Colleges for his dedication both to PRCC and the conference as a whole. To this day, MACCC Sports Information Directors still put together a master football schedule each season, dedicating it to Deaver.

“He did a lot of stuff for several of the other Sports Information Directors and the conference at the time of his passing. When he passed away, a lot of schools honored him with nice messages on their website, referring to him as the ‘Dean of Sports Information,'” Mac said. “He would’ve liked that, even though he wasn’t the kind of guy to look for attention. We were really appreciative of that.”

Deaver was also well known for his willingness to lend one of his beloved Atomic Fireball candies.

“I don’t know the origin of the candy, but he really developed a love for them,” Mac said. “He always would give those to people and of course, he’d enjoy them, too. That was sort of a trademark that he had. It sounds so trivial but even at his funeral on the back of the program was a fireball candy in the center. He always had them with him. He had a large quantity of them in his vehicle.”

Deaver wasn’t open about his accomplishments, but Mac Deaver believes that he would have been proud to know the impact he had on others.

“Mitch wasn’t someone who talked a lot about himself or what he was proud of. He didn’t go around talking about his accomplishments,” he said. “I know he would’ve been humbled by the people that responded when he passed away. I don’t think he was fully aware of how much other people appreciated him or thought of him. I think he would be the proudest of the fact that he was a staple guy, had a lot of friends and accomplished a lot right where he was.”