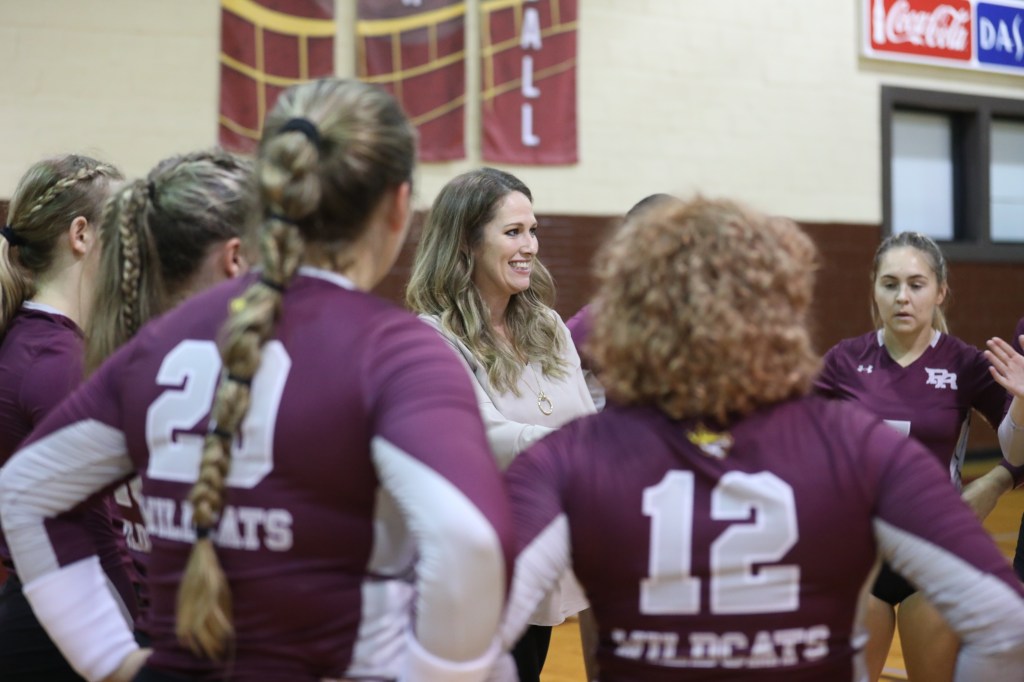 POPLARVILLE, Miss. — Coming off the best season in its young existence, the Pearl River volleyball team has signed arguably its most talented and decorated class to date.

“The 2022 class is certainly our largest recruiting class since the program’s beginning, but they may also be our most loaded class to date,” Chatham said. “We are so thankful to be able to welcome these phenomenal players from the top high school programs and club organizations in our state along with a pair of solid out-of-state athletes to the Wildcat family.

“They bring multiple championships, loads of experience and an abundance of talent with them. We may be young this season, but the potential of this class has no limit. I can’t wait to put them all together and watch them take off.”

Bartholomew comes to Pearl River after an incredible prep career with the BHS Bulldogs. As a senior, the 5-foot-10 outside hitter led her team to a 2021 MHSAA 6A State Championship while tallying 339 kills, 213 digs, 31 aces, eight solo blocks and seven assists.

“I expect Natalie to come in and make an immediate impact for us offensively,” Chatham said. “She is a power at the pins and has great experience as a six-rotation player. Natalie has proven she knows how to win, and she’s got exactly what it takes to be a difference maker as a Wildcat.”

Another BHS Bulldog, Gibson will come to Pearl River as an experienced setter. Gibson finished her senior year with 192 assists, 99 digs, and 17 aces. She also chipped in nine kills.

She was awarded BHS Setter of the Year, MHSAA 6A All-Region and the BHS Team Captain award.

“Jolee brings loads of setting experience with her as she competed on high-level high school and club teams throughout her career,” Chatham said. “Like all great setters, she’s quick and smart but Jolee possesses a desired third element of keeping calm during game situations. Jolee’s ability to remain calm and consistent in the middle of chaos will certainly give us an edge this season.”

McLamore is the final Brandon Bulldog in the 2022 signing class. As a senior, McLamore played in 59 sets, tallying 127 digs, 123 service receptions and 26 aces.

The defensive specialist was named the Defensive Player of the Year in 2020. She was named to the 6A MHSAA All-State Tournament Team in 2020 and 2021. McLamore earned an MHSAA 6A All-Region selection in 2021 in addition to a Mississippi Association of Coaches South All-Star selection.

“Lauren plays wide open all the time. She wants every single ball and goes to crazy lengths to get them,” Chatham said. “Not only is she fast, but she will dive, slide, roll and even flip to make sure a ball doesn’t meet the floor. She brings great energy and will add fun and fire to our team.”

Sheffield comes to Pearl River after an outstanding career with the Jackson Academy Raiders where she was a key contributor all four seasons. In her senior season, she tallied 145 kills, 34 solo blocks and 44 block assists.

“I knew when recruiting this class that our middle blocker one was going to have some big shoes to fill,” Chatham said. “Anna Claire popped on my radar, and I knew we had to get her to fill those shoes. Anne Claire brings size, power and finesse. She is a product of an outstanding Jackson Academy program and she competed on some great IVBA teams during her prep career. Middle blockers are responsible for major aspects of both our offensive and defensive systems. I have no doubt that she will own that responsibility and that she is just the player for the job.

HANNAH FRENCH
French played a number of roles across her OSHS career but eventually found a home as a defensive specialist. Her senior season in 2021 saw her finish with 237 service receptions, 196 digs and 15 aces.

She was named to the MHSAA 6A All-Region 8 Team for her efforts.

“Hannah has recently settled into the defensive specialist position over the last year, but she has played all over the court during her career,” Chatham said. “She is one of those utility players that can go on the court in multiple positions and make a difference. I’m thrilled to know that we will have Hannah to count on as a defensively specialist and as a utility player.”

“Abbie is coming off a phenomenal high school season where she played a huge role in her team reaching the MHSAA 6A South State Championship match,” Chatham said. “She has a keen ability to see the court and is able to make smart plays that result in points that opponents don’t see coming. She has a great blocking presence at the net and takes shots away from hitters. We are looking forward to adding Abbie.”

Lillie Franks joins her twin sister Abbie on the Pearl River volleyball team. The 5-foot-10 setter and opposite hitter did it all for the Greyhounds last season. She finished the year with an incredible 386 assists, 165 digs, 138 kills, 75 aces, 16 block assists and five solo blocks.

She was named to the MHSAA 6A All-State and MHSAA 6A All-Region 8 teams as well as being named the OSHS Offensive Player of the Year at the end of her senior season.

“Lillie worked herself into an impact setter position this season on a loaded and talented Ocean Springs team,” Chatham said. “She has spent time as both an opposite hitter and a setter during her career, leading her team to an incredible 42-3 record on the season. Lillie is a deliberate setter who plays with big goals in mind for her hitters. I’m lucky to have had a chance to watch Lillie grow her game over the past four seasons and develop into a setter who is smart, consistent and dependable. I am excited to have her as a Wildcat.”

“I met Sammie during the very beginning of her volleyball career at a training academy. Even back then, she could jump out of the gym, and she hit the ball harder than any new volleyball player that I had ever trained,” Chatham said. “Over the course of her prep career, she refined her talents through high school and club ball. She led her high school team to new successes and established herself as an explosive, phenomenal hitter. Sammie has the kind of work ethic and will that it takes to be successful in this league. I am convinced a lot of success is headed our way with her on our side of the net.”

Gaston had a phenomenal senior season for the Tharptown Wildcats, tallying 215 kills, 78 aces and 51 blocks from her middle blocker position. She was named the THS Player of the Year in 2021.

“I am excited to add Jaiden to the roster for our 2022 campaign,” Chatham said. “She brings size to the net, and we will depend on her reads, speed and height to put up effective blocks for us this season. As soon as I met Jaiden, I knew her talent and her character were filled with the traits of a Wildcat. We can’t wait to see her develop and make an impact this season.”

The setter completed her senior season with 344 assists, 116 digs and 39 aces.

“Delaney came down to visit last season and immediately seemed like she belonged on our team,” Chatham said. “She was confident, decisive, approachable, easy to get to know and she had just the right amount of take charge required to be a court leader. I am impressed with her speed of play and her in-game decision-making is on point. Those attributes turn good setters into great setters. Delaney has it all and will be an asset to our program.”