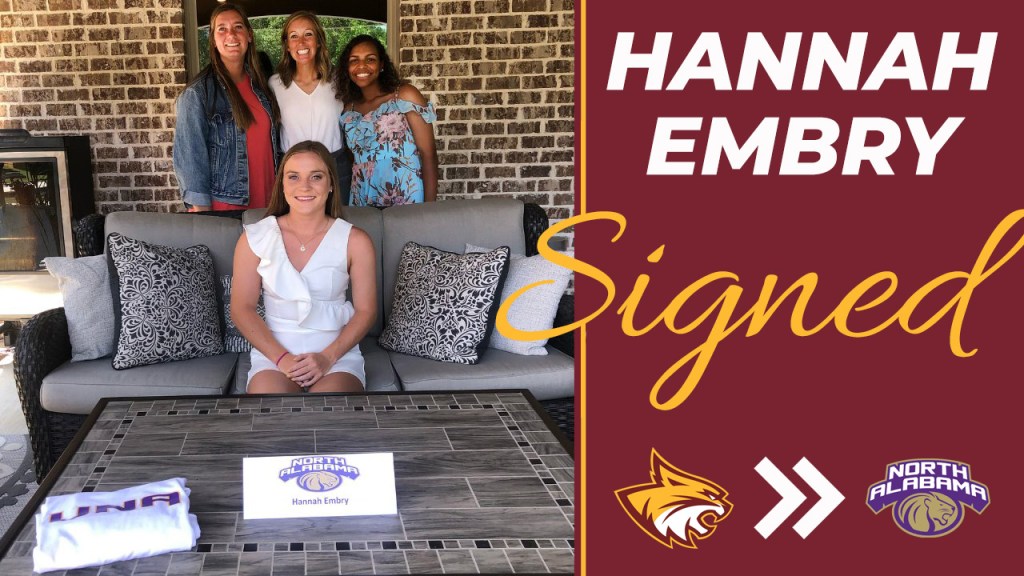 POPLARVILLE, Miss. — The Pearl River softball team is sending another standout to the next-level as right-handed pitcher Hannah Embry (Vicksburg; Porter’s Chapel) has signed to continue her academic and athletic career with North Alabama.
“I’m so proud of Hannah,” head coach Christie Meeks said. “When she came in, she told me she wanted to be able to go division one and because of her hard work and determination, she accomplished her goal. We can’t wait to see her do great things at UNA.”
Embry played a pivotal role on the Wildcat pitching staff this season, racking up 121 1/3 innings, an 11-10 record and eight complete games. The sophomore finished the year with a 3.06 ERA and 107 strikeouts against 63 walks.
Embry was also incredible as a freshman for the Wildcats, accumulating a 13-6 record and nine complete games across 118 2/3 innings pitched. She finished the year with a 3.19 ERA and 143 strikeouts against 49 walks. Her strikeout count placed her 20th in the NJCAA one year ago.
She was named First Team All-MACCC at the end of the year.
NEXT-LEVEL WILDCATS
Embry joins teammates Hannah Miller (Kokomo; West Marion), Emily Rigney (Waynesboro; Wayne County) and Aunie Rethmeyer (Belle Chasse, La) as Wildcats to move to the four-year level. Miller signed with Alcorn State, Rigney signed with Mississippi College and Rethmeyer signed with Xavier.
2022 SEASON
The Wildcats are fresh off a season where they collected a 31-17 record. Pearl River’s 31 wins were the most since the program won 30 games in 2010. PRCC also finished with a 20-8 record
in conference play.
The Wildcats finished the year ranked among the top 10 teams in the country, coming in at No. 9. They were featured in every edition of the NJCAA rankings and ranked as high as No. 7.
For the latest on Pearl River Community College athletics, follow us on Twitter (@PRCCAthletics) and Facebook (PRCCAthletics).