No. 1 Pearl River looks to bounce back after World Series loss 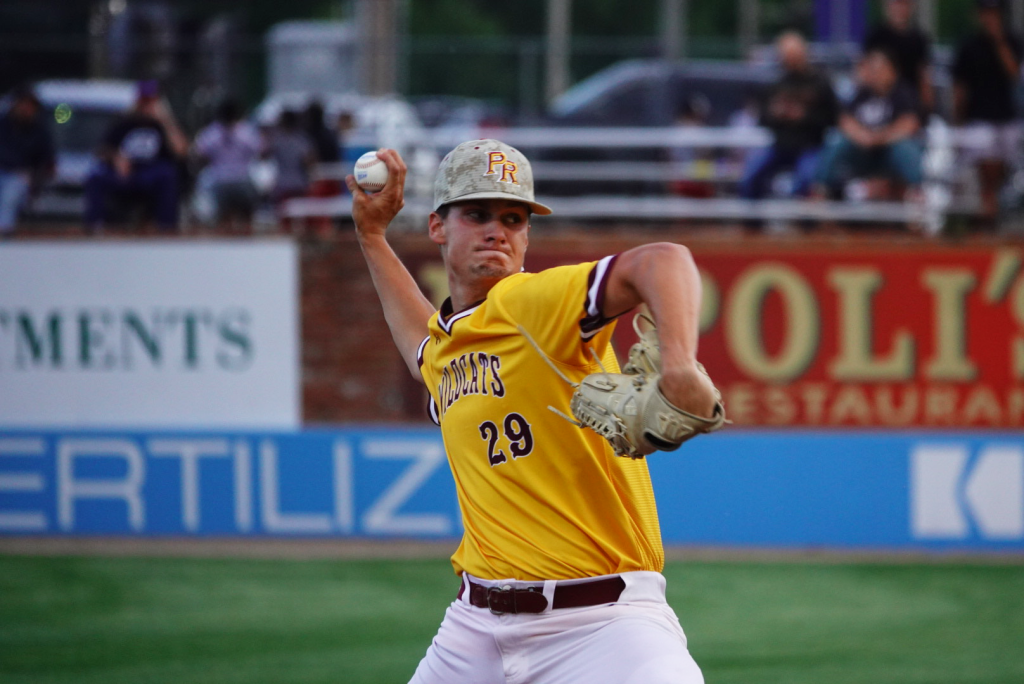 ENID, Okla. — The top-seeded Pearl River baseball team will need to respond with a win to stave off elimination. After falling 11-4 to No. 2 Madison Thursday in the first game of the championship series at David Allen Memorial Ballpark, the Wildcats will need a victory Friday to keep their National Championship goal alive.

“We got beat tonight. That’s a quality team,” head coach Michael Avalon said. “They pitched it well and swung it well. They jumped on us early and that was the difference. Thankfully, this is a best of three, so it comes down to tomorrow. We need to show up and battle back. It’s going to be tough because they’re a really good ball club. It’ll be up to us to decide that we can do this. I know that they’re going to decide to do it. They don’t quit. We’ll regroup and get ready tomorrow.

“This team hasn’t lost back-to-back this year, so why start now?”

Madison (49-9 overall) came out of the gate swinging, pushing across five runs in the first two innings of the night.

Pearl River (43-11) broke into the run column in the bottom half of the second inning. Alex Perry (McComb; North Pike) drove a ball into left field for a single, Ian Montz (Lafayette, La.; Acadiana) followed it up by drawing an 8-pitch walk and D.K. Donaldson (Gulfport; West Harrison) was hit by a pitch to load up the bases. Matt Mercer (Richton; Petal) grabbed the RBI, grounding out to drive home Perry. The run made it a 5-1 ball game.

The Wildcats cut the deficit to 5-3 in the third inning. John Griffin Bell (Mobile, Ala.; Faith Academy) reached base by a hit by pitch and Gabe Broadus (Wilmer, Ala.; Faith Academy) laid down a perfect bunt for a single. Tate Parker (Gulfport; West Harrison) was the next Wildcat to the plate, and he chopped a ball slowly down the third base line that the third baseman picked up and threw to first for the out. Bell never checked up on the play coming all the way around from second base to score. After the run, Broadus stole third base before Perry knocked a ball into left field for the RBI.

A wild pitch in the top of the fifth inning allowed the Wolfpack to plate another run to take a 6-3 lead.

PRCC matched the run in the bottom half of the frame. Bell crushed the first pitch of his at-bat down the third baseline and off the glove of the Wolfpack player. Bell had a double, but the left fielder misplayed the ball, allowing him to come all the way around to score on a two-base error. The run made it a 6-4 game.

An infield single plated another Madison run in the top of the seventh, giving the Wolfpack a 7-4 advantage.

Four more runs crossed the plate for Madison in the ninth inning to give them an 11-4 lead. The Wildcats got a runner in scoring position in the bottom half of the inning but did not grab any more runs, falling 11-4.

Leif Moore (Biloxi; St. Martin) toed the rubber first for the Wildcats. The right-hander pitched 1 2/3 of an inning with three strikeouts against seven hits, five runs and one walk.

“It was good to see Leif Moore back here with us,” Avalon said. “It was a tough day. The guts of that kid to take the baseball for this team when we needed it. I don’t know that it was anything that he did. That team was squaring the ball up. He made some good pitches. That kid has guts, and he’s tough as nails. I’m glad he’s back here with us.”

Harper Jordan (Hattiesburg; Presbyterian Christian) was incredible in relief, throwing 4 1/3 innings and giving up two unearned runs on one hit and two walks. He struck out six batters.

“We remind these guys throughout the year that you never know when that opportunity will come to step up big,” Avalon said. “He did that tonight. He gave us a chance and let us get our feet back under us. He did a really good job competing.”

Jordan Belsome (Poplarville) recorded an out, giving up two hits and striking out one batter.

Broadus, Perry and Donaldson each had two hits in the game. Logan Walters (Petal) walked twice.

The second game of the championship series will get underway Friday at 7 p.m.