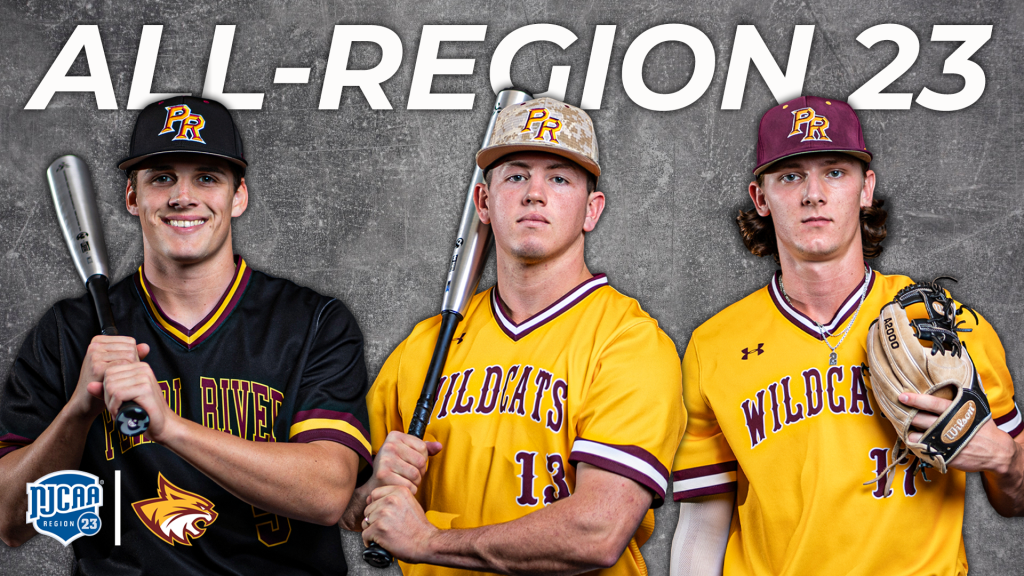 Broadus was a true do-it-all player for the Wildcats this season. Primarily a left fielder, Broadus also saw action at shortstop and second base.

He set the tone at the top of the Pearl River lineup all season long, finishing with a .382 batting average and a .467 on-base percentage. He tallied 84 hits, 66 runs, 40 RBIs, 33 walks, 11 doubles, three homers and one triple. He was a massive threat on the basepaths as he stole 39 bases and was caught stealing just five times.

In the field, Broadus had a .974 fielding percentage, making just three errors in 116 total chances.

Parker had yet another phenomenal year in the marron-and-gold. The Wildcat center fielder finished the season with an eye-popping .450 batting average, .531 on-base percentage and .820 slugging percentage.

Parker also was great in the field, finishing with a .983 fielding percentage. He made just two errors in 115 total chances.

The award is Parker’s second of the season after being named First Team All-MACCC.

Perry was remarkable for the Wildcats in his freshman season. The third baseman’s .385 batting average placed him second on the team. He also had a .506 on-base percentage and a .701 slugging percentage.

At third base, Perry held a .912 fielding percentage, making nine errors across 102 chances.