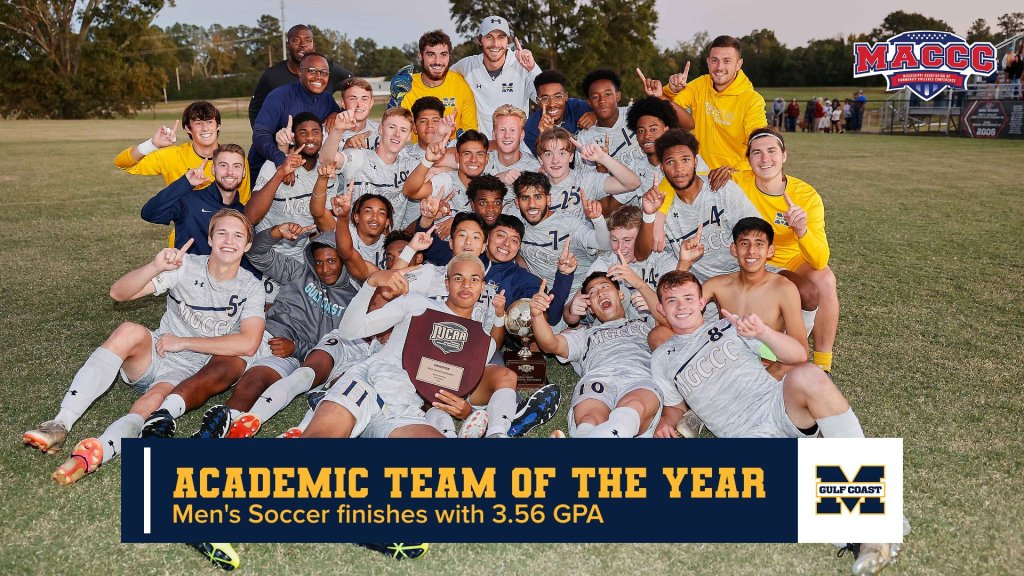 PERKINSTON — Mississippi Gulf Coast Men’s Soccer coach Chris Handy’s squad has three-peated as MACCC All-Academic Team of the Year, the conference announced Tuesday.
The Bulldogs squad finished with a 3.56 GPA, the best in the conference for the third year running.
Gulf Coast did so while winning the MACCC/NJCAA Region 23 Tournament in the fall. That earned the Bulldogs their first-ever NJCAA Tournament berth, where they lost a pair of one-goal games in Wichita, Kansas.
For more information on MGCCC’s 10 intercollegiate athletic teams, follow @MGCCCBulldogs on Twitter and MGCCCBulldogs on Facebook, and go to mgcccbulldogs.com.