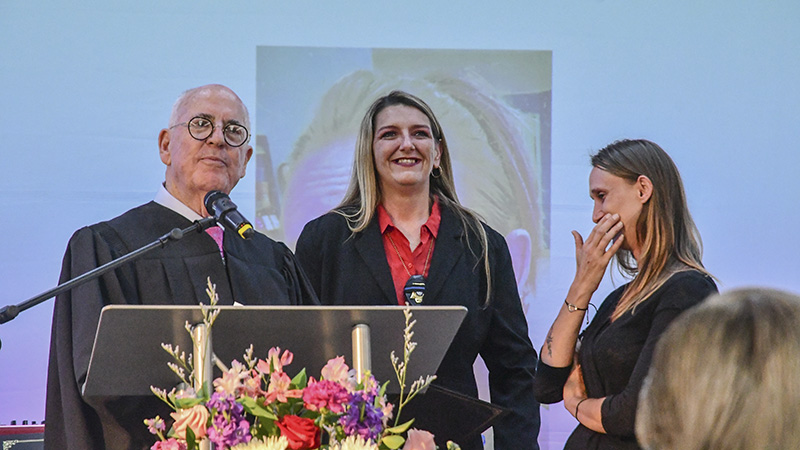 “The purpose is to intervene from sending them to prison. Prison has not been effective for many drug users and it’s made worse criminals out of them after they get out,” said 15th Circuit Court Judge Prentiss G. Harrell. Every participant was under probation while in Judge Prentiss Harrell’s intervention program and they are released from probation after graduating the 3-year program. While in the program, each participant must be employed, receive a GED, and pass weekly drug tests.

The graduation featured guest speaker Capt. John Harless, a member of the Mississippi Bureau of Narcotics who delivered a confident and encouraging speech to the graduates. Picayune Mayor Jim Luke also spoke about the wonderful work and accomplishments each graduate achieved while in the program. Each of the more than 40 graduates were recognized individually and handed a graduation certificate. Afterward, selected graduates spoke, giving a little bit of their background, and providing their thanks to the Intervention Court staff, while also providing words of encouragement for people dealing with similar adversity.

Harrell and the Intervention Court hold a graduation every year, rotating between the five counties within the 15th Judicial Circuit Court District. Harrell said that recently more than 700 participants graduated during a program held in Columbia.

“It’s a big program and I’m proud of it because it does help people,” said Harrell.

Harrell left his graduates with a final word before they returned to the world with a clean record.