Heat wave predicted to subside in the next week 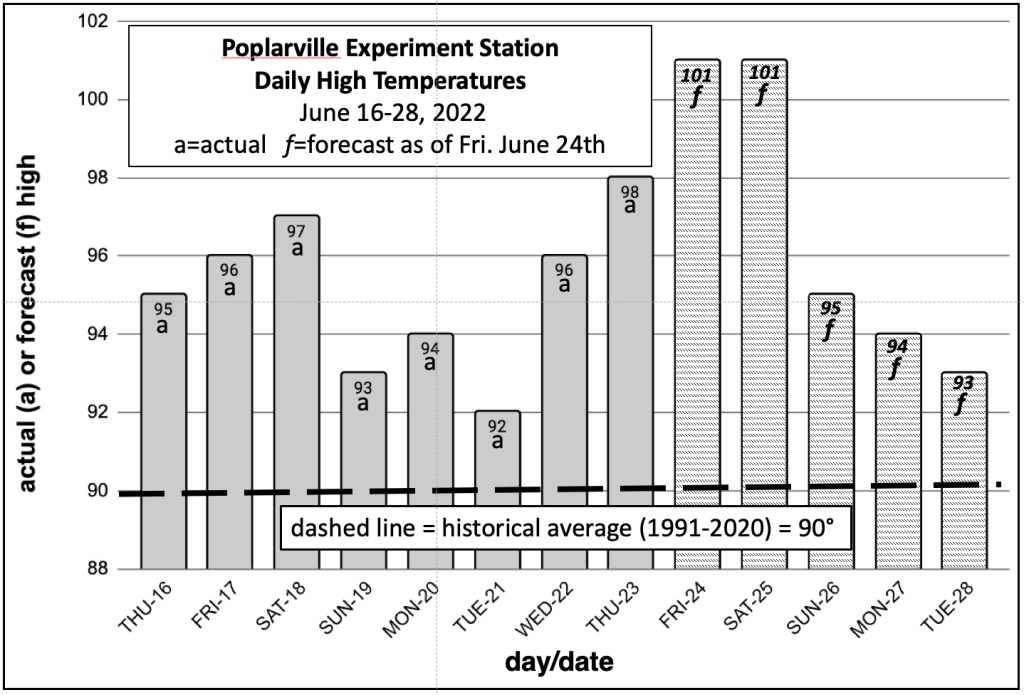 Heat waves are not isolated, local phenomena but are associated with large sprawling areas of high pressure in the middle altitudes of the atmosphere. So, it’s not surprising that some of our regional neighbors have been sharing in the sauna. New daily records were set in Mobile last Saturday (101), Wednesday (101), and Thursday (102). Memphis, not to be outdone, also hit triple digits on two days. Meridian set new records on Wednesday and Thursday of 103 and 102.

Friday afternoon’s high temperatures weren’t yet available when this article went to press, but it could easily turn out to be our hottest day of the heat wave in Pearl River County. And, Saturday won’t be far behind.

Fortunately, forecasters expect the heat to ease over the southern United States beginning Sunday into the upcoming week as the hot bubble of high pressure several miles above us finally begins to break down. That will allow significantly more clouds and showers to form each day beginning Sunday and continuing through most of the upcoming week. In other words, a return to typical summer heat, humidity, and showers.