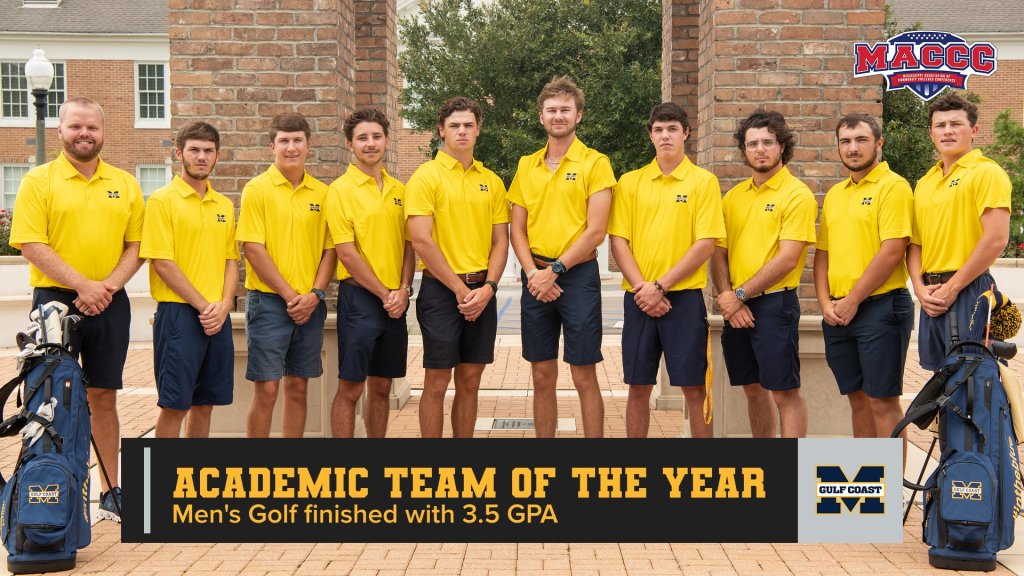 The Bulldogs had the highest GPA among all golf teams in the conference, finishing with a 3.54.

Gulf Coast did that while putting together a season that saw the Bulldogs win the NJCAA Gulf District title for the 13th time in the last 14 times it’s been contested. They went on to finish second in the NJCAA Championship in Joplin, Mo.