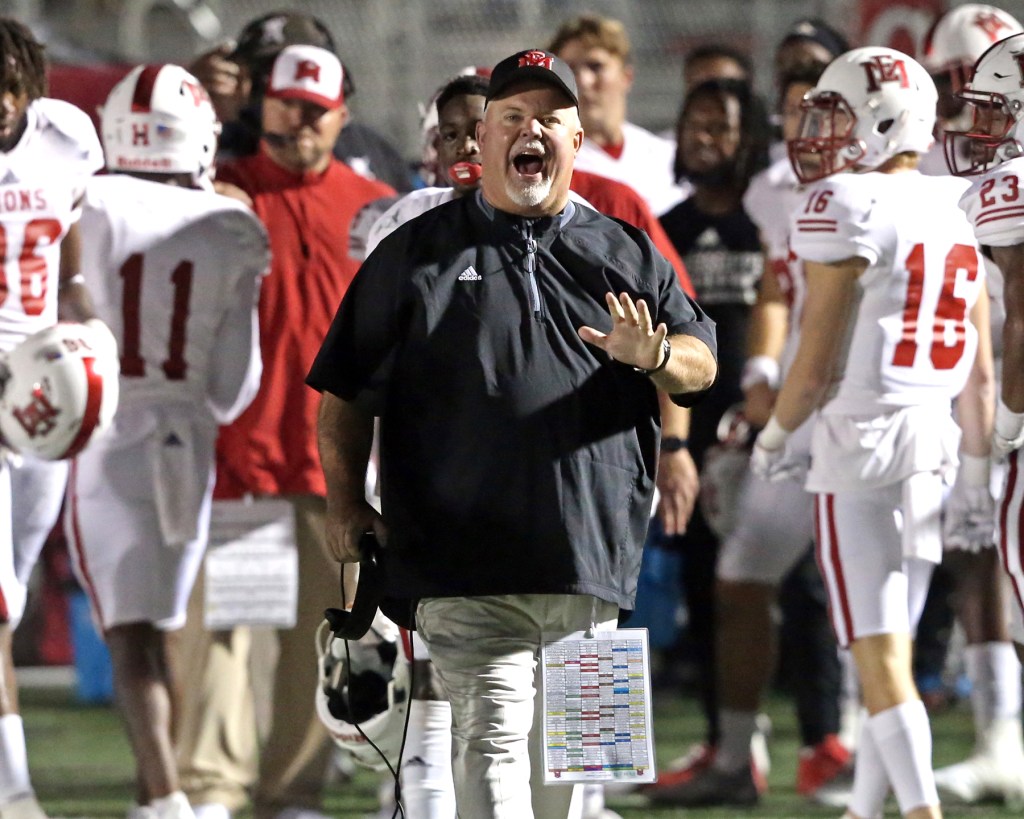 SCOOBA – East Mississippi Community College’s football schedule has come full circle under the guidance of 15th-year head coach Buddy Stephens. Due to the rotational sequence of the Mississippi Association of Community Colleges Conference’s scheduling format, EMCC’s 2022 football slate is identical to the Lions’ 2008 schedule when he was in his first season on the Scooba campus.

Featuring four home games and five road contests, EMCC’s 2022 nine-game schedule replicates the team’s football slate from 2008 that resulted in the Lions going 8-1 during the regular season for their first winning season in a decade. While securing the Lions’ first of what has become 10 MACCC North Division titles under Stephens’ direction, EMCC’s 2008 team also made the program’s first of an eventual dozen postseason playoff appearances under his guidance.

Along with contests against all six MACCC North Division foes, East Mississippi will also take on MACCC South Division opponents Copiah-Lincoln, Jones and Mississippi Gulf Coast during the regular season. Gulf Coast and Jones are back on EMCC’s regular-season football slate for the first time since the 2017 season.

A busy month of September will feature five games beginning with a season-opening home contest against Copiah-Lincoln on Thursday, Sept. 1. The opener will mark the debut of EMCC’s newly resurfaced Sullivan-Windham Field, which underwent an artificial turf replacement during the off-season after the facility originally opened prior to the 2011 football season.

Sandwiched between home contests to begin and conclude the month of September will be EMCC’s first span of three consecutive regular-season road games since the 2008 season. After playing at Jones College on Sept. 8, the Lions will travel to Holmes the following week (Sept. 15) to kick off their MACCC North Division slate against a Bulldogs squad coached by former EMCC player, assistant coach and administrator Marcus Wood.

Following the three-game road stretch that concludes with a Sept. 22 trip to Mississippi Gulf Coast, the Lions will return home for an annual marquee matchup by facing two-time reigning MACCC champion Northwest Mississippi on Thursday, Sept. 29. Dating back to the 2009 season when East Mississippi claimed a school-first of seven MACCC football championships during a 10-year span (2009-18), EMCC and Northwest have combined to win 10 of the last 13 conference titles. The Lions bested the Rangers in the state championship game during back-to-back seasons in 2016 and 2017.

East Mississippi’s month of October will feature four division meetings alternating between home and away games. After playing host to the Coahoma Tigers on Thursday, Oct. 6, EMCC will head to Booneville the next week (Oct. 13) to meet the Tigers of Northeast Mississippi. Following a homecoming contest against Itawamba on Saturday, Oct. 22 (2 p.m. kickoff), the five-time national champion EMCC Lions will close out the regular-season portion of their schedule on a short week by venturing to Moorhead for an Oct. 27 road meeting with Mississippi Delta.

Featuring the top two teams from each division based on regular-season division play, the 2022 MACCC football playoffs will begin on Saturday, Nov. 5, with semifinal-round action. The MACCC championship game will be played the following Saturday (Nov. 12).

A year ago coming off a 2020 opt-out season due to health concerns caused by the coronavirus pandemic, the preseason-unranked 2021 EMCC Lions registered their fifth unbeaten regular season since 2011 to ascend to the No. 1 spot in the NJCAA’s Division I football poll. Their bounce-back season ended, however, with a heartbreaking 42-41 home overtime setback to 10th-ranked Hinds in the MACCC Football Semifinals. EMCC finished the 2021 season with a 9-1 overall record and No. 6 national ranking.

With a career head coaching record of 125-18 (.874) with the Lions, EMCC’s Stephens will enter the upcoming 2022 football season ranked second on the NJCAA’s all-time list for career winning percentage among coaches with 100 or more career games coached. Along with ranking fifth among the NJCAA’s winningest active head football coaches, Stephens currently ranks 30th on the NJCAA’s all-time wins list and is fifth in Mississippi junior college football history.