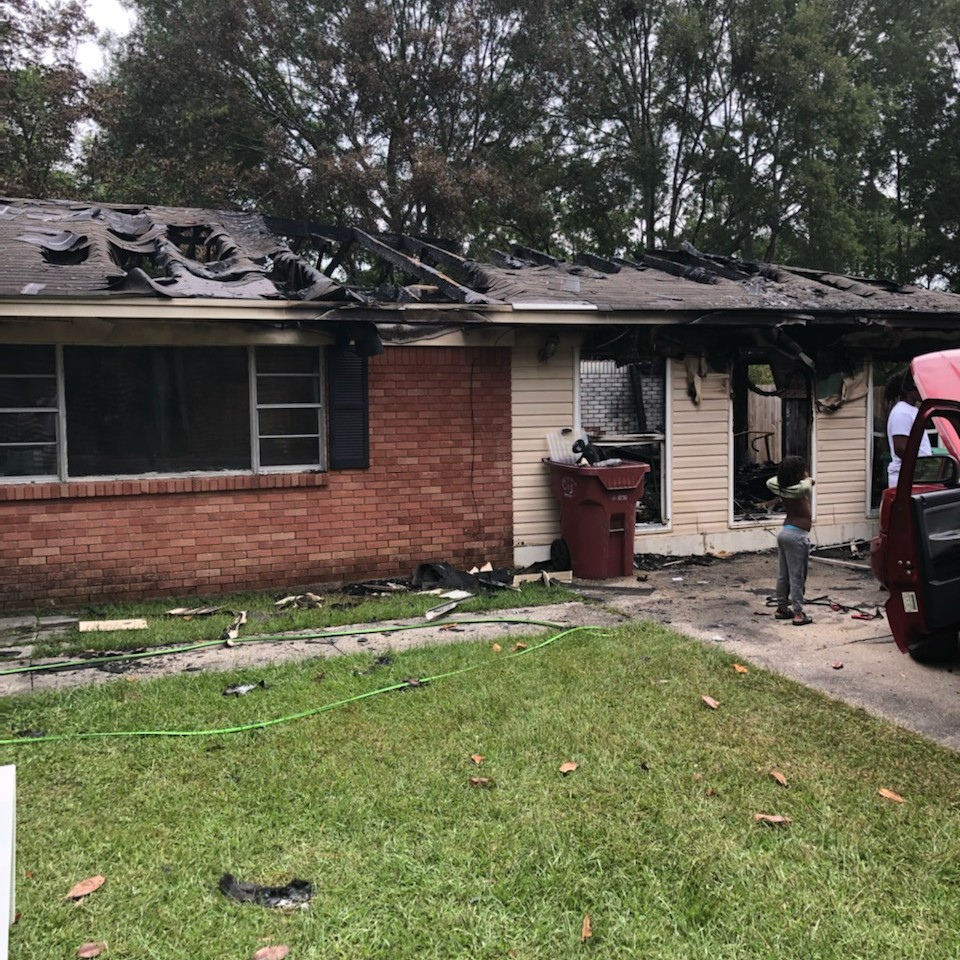 A Picayune family lost their home and belongings a in a fire that occurred at their home on Friday. Submitted photo

Picayune residents Teela Hayes, Arlando Bradford and their three children lost their home due to a fire that occurred the night of Friday, June 24. No one was harmed since the home was unoccupied during the fire but everything they owned was in it.

Picayune Fire Marshal Josh Abercrombie said he doesn’t know what cause the fire and the family is not sure of the cause either, but it was reported on Friday, June 24 at about 6:16 p.m.

Bradford said that he left the home to pick up his son from daycare on the night of the incident only to come back to a “smoked out house.”

He cleared out the smoke by opening windows but could not determine the location of the smoke and fire.

“I don’t know what went on, they were saying that they weren’t sure what caused the fire because there wasn’t any plugs near where they felt the fire had started. But they got the fire out,” said Bradford.

The following Monday requests to assist the family were sent out via the city Hall of Picayune’s social media account.

After losing their home the family is still having a hard time coping with the loss.

“We’re okay and in good spirits you know, trying to take it a day at a time and we appreciate everything that everyone is doing for us,” Bradford said.

Anyone who wishes to donate or help, please contact Councilwoman Lynn Bumpers at 601-347-4009.