Doleac to take the stage at PRCC for memorable concert 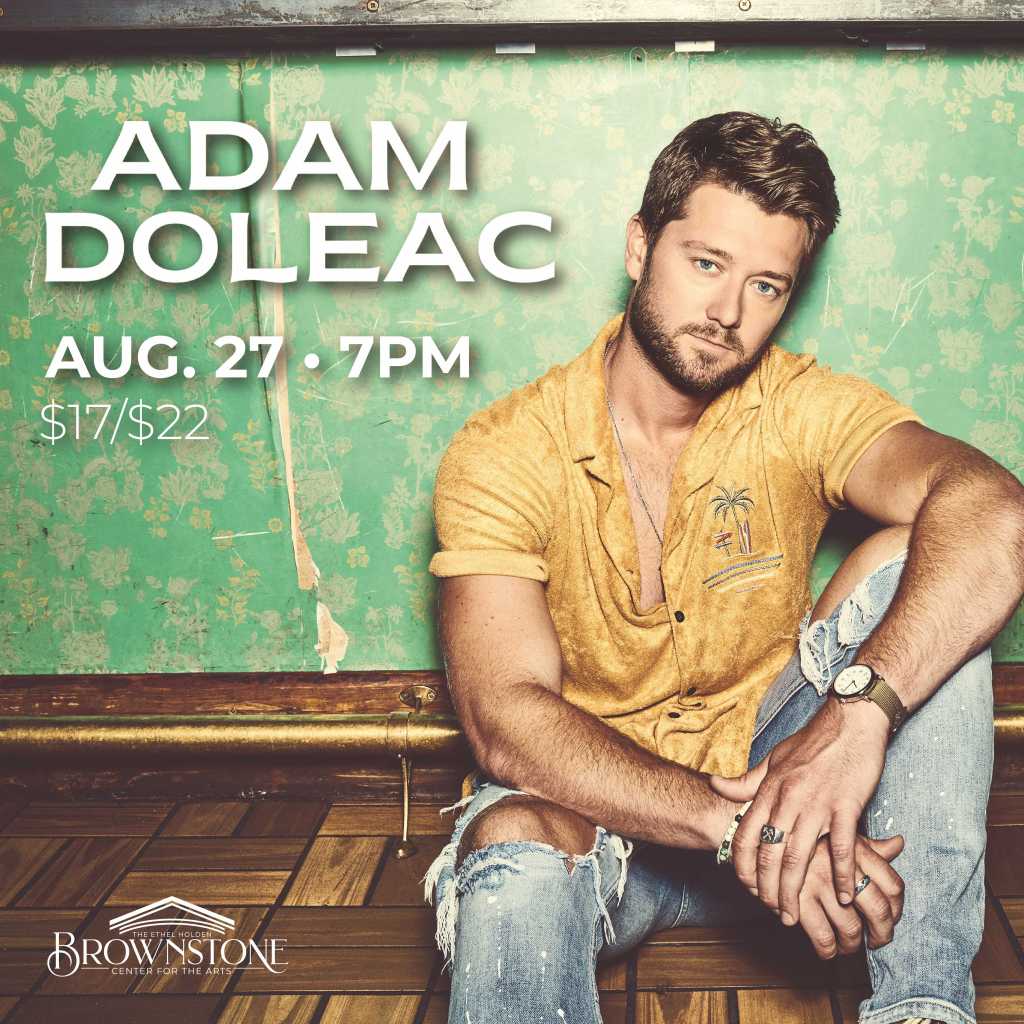 POPLARVILLE, Miss. — Fans of upbeat music with a country flair can help kickoff the fall semester at Pearl River Community College as Adam Doleac comes to campus. The South Mississippi native and former Southern Miss baseball fan favorite is a quick rising star in the music industry. The concert will be held on Aug. 27 at 7 p.m. inside the state-of-the-art Ethel Holden Brownstone Center for the Arts in Poplarville.

Sponsored by the Pearl River County Chapter of the PRCC Alumni Association, funds raised from the concert will go to the chapter and the PRCC Development Foundation. Scholarships will be the primary beneficiary with some proceeds being designated for supporting the overall efforts of the College in areas like enrollment, retention, and graduation of students.

“Having a local artist come to Poplarville to join the efforts to help raise money for students to attend college is an exciting opportunity,” said Traci Spence, member of the Pearl River County Alumni Chapter and PRCC Foundation Board Member. “We are happy to have Adam Doleac bring his talent to the stage and we expect to have a great crowd.”

Tickets for the concert are $17 for balcony seating and $22 for orchestra seating. They can be purchased at prcc.edu/brownstone/events.

ABOUT DOLEAC
Doleac is a Hattiesburg native who attended Southern Miss to play baseball. During his time on campus, he also set the stage for a career as a singer-songwriter as most of his teammates played instruments. While honing his music skills, he co-wrote songs with teammates including an original song posted to YouTube that received millions of views and piqued the interest of Sony/ATV Nashville’s then-CEO, Troy Tomlinson.

He moved to Nashville in 2012 which served as homebase for years of co-writing and tours before finally signing a deal with Sony/ATV. He worked on songs like Kane Brown’s “Pull It Off,” Darius Rucker’s “Don’t,” and Hootie and the Blowfish’s “Rollin” before launching his debut extended play (EP) titled Adam Doleac in 2017. The four songs on that EP had exposure on Sirius XM’s The Highway and their Highway Finds Tour.

In October 2018, Doleac made his Grand Ole Opry debut. One year later, he signed with Arista Records with songs “Famous,” “Whiskey’s Fine,” “Another,” and “Meet Me in the City” growing in popularity on country stations across the nation.