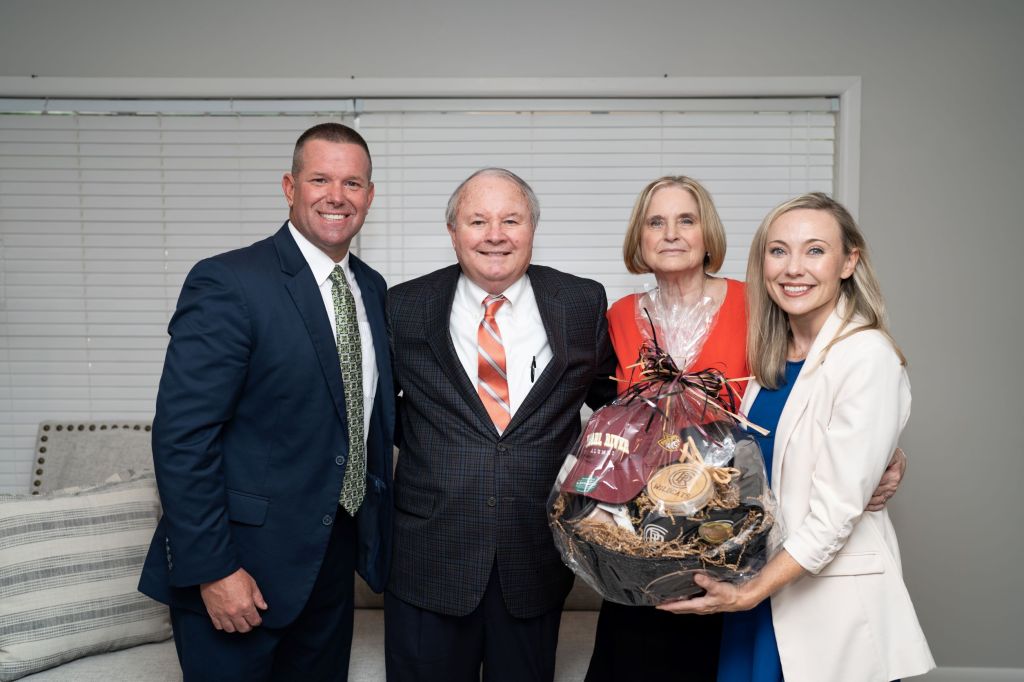 POPLARVILLE, Miss. — Two Pearl River Community College graduates are making a commitment to change the lives of students for generations to come.

Back in the 1960s, Lucien and Connie Kilby Bourgeois met while attending PRCC. The school not only started their 5 decades of marriage but was also the first step in Lucien’s professional career as a lawyer.

With a love for The River in their hearts, they are paying it forward by forming a scholarship endowment with a $100,000 donation. The Lucien and Connie Kilby Bourgeois Scholarship will provide financial assistance for a student from Bay St. Louis, Lucien’s hometown, or Poplarville, Connie’s hometown. The scholarship will be awarded to multiple students to help cover the cost of attendance.

Lucien said, “I understand the financial need side of attending college. The grants and work-study opportunities I received were critical as my parents couldn’t afford to send me.”

“I had always thought about doing something,” said Lucien. “But it was God coming to me in a dream that had me making this specific donation to help others. The money we are donating can go further and help more students here at PRCC to change their lives.”

Executive Director of Development Foundation/Alumni Association Delana Harris recognizes the impact this scholarship will have on future PRCC students.

“By providing this endowment to our college, Mr. Lucien and Mrs. Connie Kilby Bourgeois have created a legacy that will impact student lives for generations,” said Harris.

“We are thankful for their support and love for Pearl River Community College. Their passion for our institution and its mission is what we hope all former, current and future Wildcats feel when they enroll and become part of the PRCC family.”

ABOUT CONNIE AND LUCIEN BOURGEOIS

Connie grew up just down the road from PRCC as her father, Wilson Kilby, ran the South

Mississippi Branch Experimental Station. Her mother, Marguerite Murray Kilby, encouraged her to attend PRCC where she was a member of The String of Pearls. After graduating in 1967, Connie continued her studies in business at The W.

“My mother just loved Pearl River,” said Connie. “It was where she wanted me to go. She came to the games and watched me dance with The String of Pearls.”

Lucien graduated from The River in 1967 where he served as Sophomore Class President. After leaving PRCC, he attended the University of Mississippi where he received his bachelor’s and master’s degrees in Urban and Regional Planning. He worked as a planner both at the district and state levels before completing his Juris Doctor degree from Mississippi College School of law in 1980.

Admitted to the Mississippi Bar in 1981, he worked as an attorney for the Mississippi Department of Economic Development. By 1998, he was a partner at Butler Snow LLP.  Currently, he is on a break from the practice of law.

“The teachers at PRCC were great,” said Lucien. “I learned a lot right here. Community colleges are one of the big assets for our state.”

Connie and Lucien are the parents of Christie Bourgeois Farese and have two granddaughters. They have been married for 53 years and will always have a special place in their hearts for The River.

HOW TO START A SCHOLARSHIP FUND

Anyone interested in starting a scholarship fund can start the process through an online form at prcc.edu/alumni/scholarship.  The scholarship can be named and have specific criteria for the eligibility of students for the award. Fully funding a scholarship requires a minimum of $10,000 that can be delivered over time or in a lump sum.

Questions about the process can be directed to Executive Director of Development Foundation/Alumni Association Delana Harris at dharris@prcc.edu.