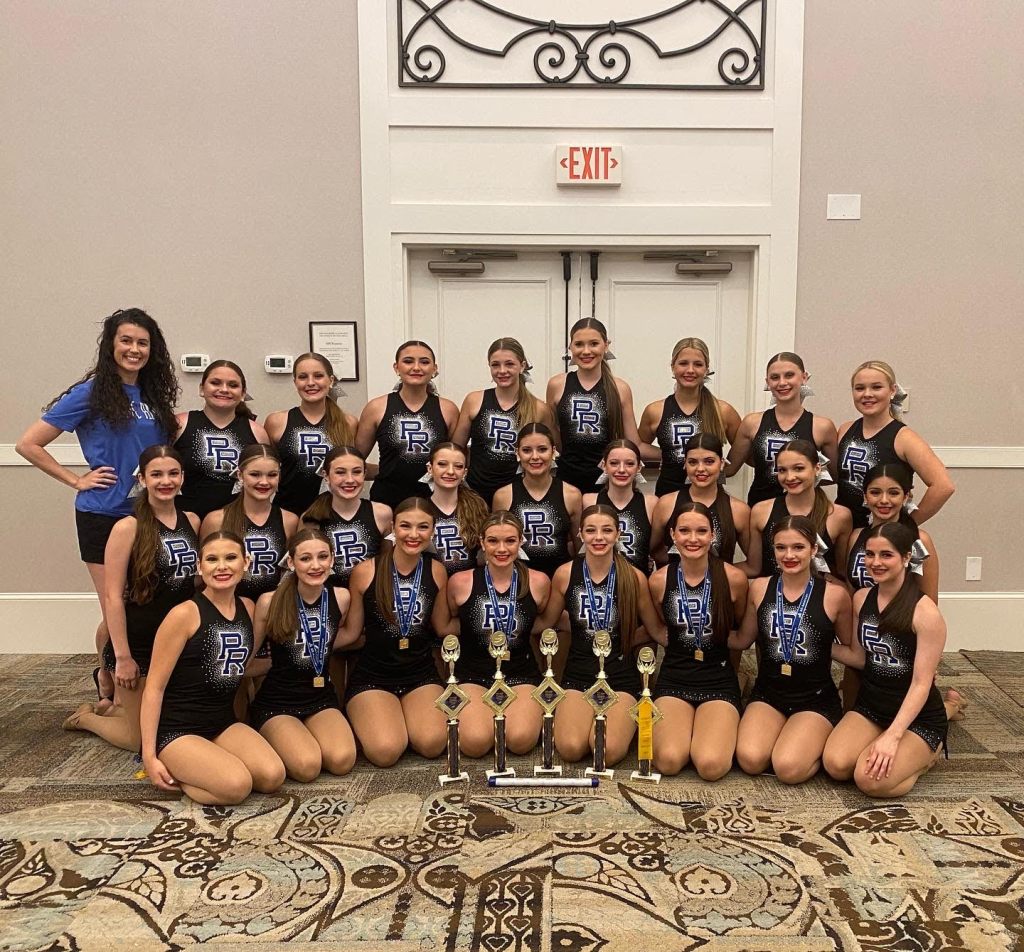 “I am proud of the hard work this team put in to begin the summer,” Blue Angels head coach Sadie Penton said. “The success at team camp is reflective of those efforts. We look forward to the rest of the season going forward.”

The Blue Angels participated in the Universal Dance Association (UDA) team camp May 30 through June 2 at the Edgewater Beach Resort in Panama City, Fla.

Teams were evaluated by UDA instructors and received blue, red or white ribbons based off showmanship and memory of routines performed. Pearl River Central received all blue ribbons – 50 total – to earn the Superior Trophy. The Blue Angels also received the 110-percent award, spirit sticks each day of camp and was named Team Drill Down winner.

The drill down competition included teams following a series of military commands from UDA instructors. The purpose of the drill is to help dancers improve focus and discipline, while moving in tune with the speed of the instructor’s commands.

Penton named 2021-22 Coach of the Year
Pearl River Central Blue Angels dance coach Sadie Penton was recognized by the Pearl River County School District as Extracurricular Coach/Director of the Year for the 2021-22 school year. The award presentation took place May 5 at the Brownstone Center on the campus of Pearl River Community College in Poplarville. Penton enters her 10th season leading the Blue Angels for the 2022-23 school year. The coach has led her teams to 14 state championships, including two in 2021. The Blue Angels have also finished top 10 nationally multiple times.

“I am honored to be Coach of the Year,” Penton said. “This recognition is a tribute to all the hard work of our Blue Angels dance team.”