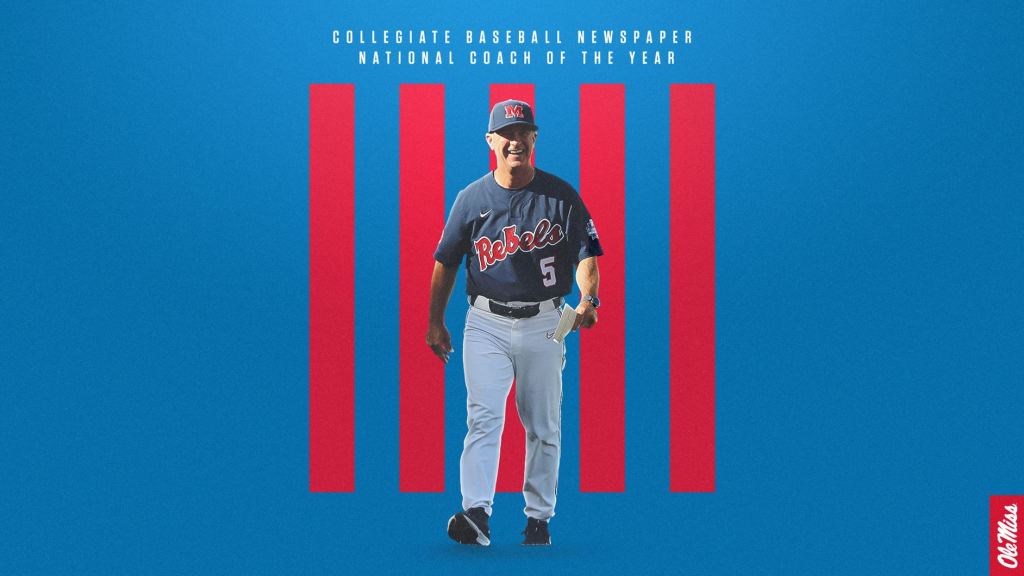 It is the second time in three years that the Rebel skipper has received the honor from Collegiate Baseball, also being named coach of the year following the shortened 2020 season.

The news comes just days after the long-time head coach of the Rebel program captured the first national championship in program history with a 4-2 win over No. 4 Oklahoma on Sunday.

At one point sitting near the bottom of the SEC standings, the Rebels completed a magical run through the postseason, finishing on top after being the last team included in the field of 64 for the NCAA Tournament. Ole Miss went 10-1 during the postseason, registering wins over No. 6 Miami, No. 10 Southern Miss, No. 7 Auburn, No. 3 Arkansas and No. 4 Oklahoma.

Having just completed his 22nd year at the helm of the Rebel program, Bianco has coached the Rebels to four-straight 40-win seasons, one of four programs in the nation to do so.

During his run in Oxford, Bianco has coached the Rebels to 18 NCAA Tournament appearances, including eight Super Regional appearances and a pair of trips to the College World Series. With 854 career wins, Bianco ranks third all-time in the SEC in wins behind only Ron Polk and Skip Bertman.

Keep up with all the latest news and information on the Rebels by following Ole Miss baseball on Twitter at @OleMissBSB, on Facebook at Facebook.com/OleMissBaseball, on Instagram atInstagram.com/officialolemissbsb and on TikTok at @olemissbsb. Also, follow head coach Mike Biancoon Twitter at @CoachMikeBianco.