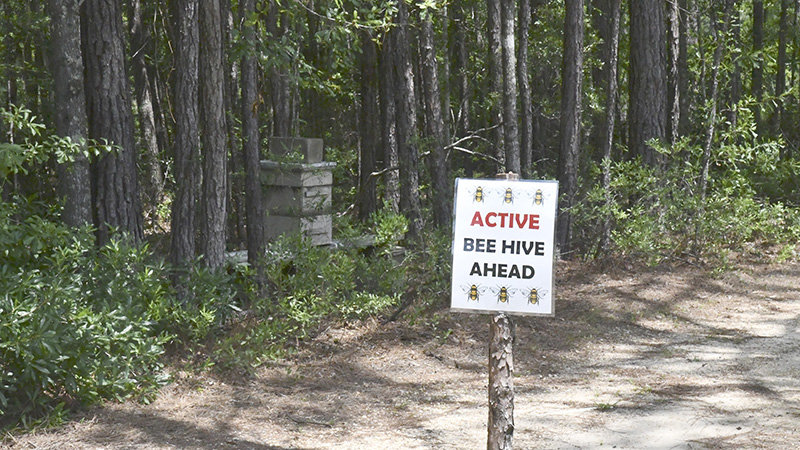 Pictured, is one of five active beehive at the Crosby Arboretum. Photo by David Thornton Jr.

On Friday, June 17 from 10-11 a.m. Pearl River County Extension Agent, Dr. Eddie Smith, will provide an introduction on how to get started with beekeeping. He’ll cover the native plants bees like, basic biology, equipment, protective gear, mistakes and tips, how to grow a first colony of bees, and how to manage them throughout the year. The information will be presented through a combination of handouts and PowerPoint presentations.

Smith said it’s not difficult to get started, but the important thing to keep in mind is to regularly check on the bees to keep pests out of the hives since that requires preventative work or infestation treatment.

“An example will be varroa mites, small hive beetles and stuff like that can possibly damage the hive. That’s the biggest challenge of beekeeping, making sure you control any pests that make it in there,” said Smith.

Beekeeper Jac Colman has been a beekeeper for 6-7 years and even set some hives up a the Arboretum. Recently he was having trouble with his five hives at the Crosby Arboretum because of a pest called small hive beetles. Small hive beetle are a nuisance and will destroy a hive. Coleman’s solution was pesticide and small pads he said look like dryer sheets, which catch the little legs of the beetle in a trap. In the first treatment, Coleman found around 70 beetles. The second time, he found only 10 out of all the five hives.

“I wiped them out with one application and I was very surprised, and I’m going to continue it” said Coleman.

Attendees of the beekeeping program will learn how to get a colony of bees through the first year, Smith said. It’s important to relay this information because as Smith says honeybees are essential to humans. They help pollinate a lot of the world’s plants that provide humans with food and bee produce honey.

“They produce the honey and the honey is very beneficial for us,” said Smith.

When starting out with beekeeping, Coleman suggested shadowing an experienced beekeeper and learning what has worked for them.

“You don’t do this to get rich, it’s too much work, way too much work. But the satisfaction is that little bee is the most industrial insect of them all. They do two things well, they make babies and they make honey and they do it very fast. Doing things you can to help them make it faster you’re better off, but if you hinder them on certain things it will be bad,” said Coleman.

To attend the program, call the Crosby Arboretum at 601-799-2311 to register. Space is limited so an RSVP is required.