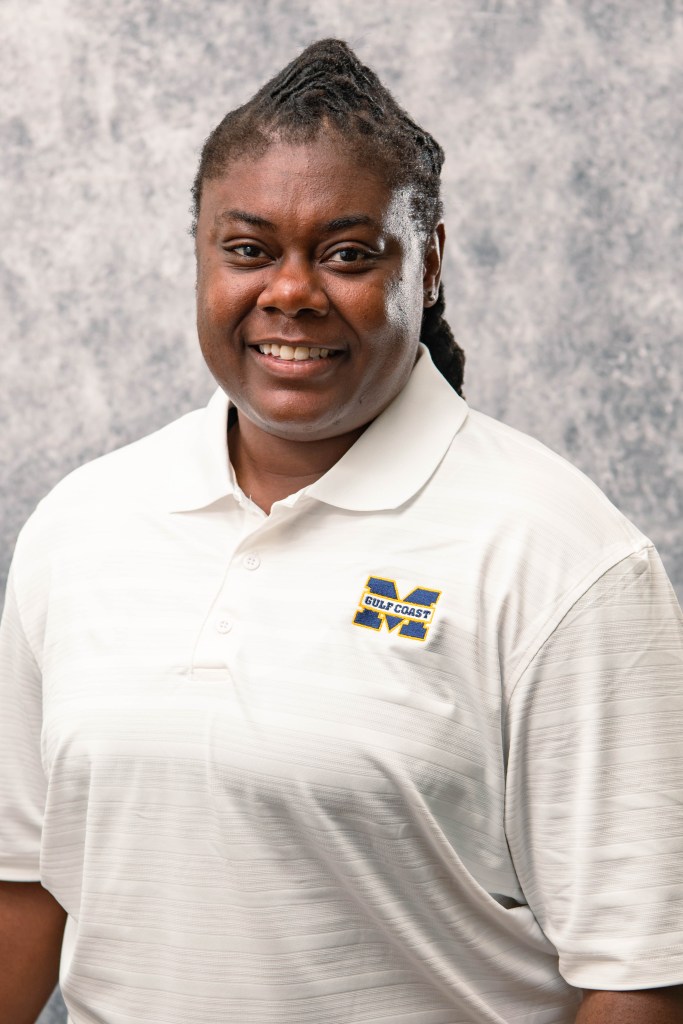 Head coach Hope Adams hired Bartee to be her new assistant coach, and the newcomer ticked off a list of things she stresses.

“It’s getting kids to where they need to be with skill development,” Bartee said. “It’s a championship attitude and knowing what it takes to get to a championship.”

Bartee brings an impressive resume including college and professional playing experience and three years of coaching in the MACCC. She spent the last three years as the assistant at Northwest Mississippi, and she helped immediately turn around the Rangers. They went 17-10 in her first season, making a run to the NJCAA Region 23 Tournament championship game. Known for her player development skills, two members of that squad signed to play at Mississippi College. Northwest made it to the MACCC Tournament semifinals in 2022 and finished the season 15-11.

“She’s going to bring us a lot of energy, plus her knowledge of the game and her skill development will increase our players’ IQ,” Adams said. “It will help them understand the game. She’s very valuable in those areas, helping players understand their strengths and getting them better in their weak areas.”

Northwest was Bartee’s first coaching position after she spent 10 years playing professionally overseas. She started in Sweden in 2008-9, where she made the All-Defensive Team and was All-Swedish honorable mention in the highest league. She played in Germany in 2010-11 and finally in Romania from 2011-19, where she was a three-time Romanian League All-Star, a member of the All-Romanian League First Team in 2016 and also Center of the Year. Her teams won one league championship and were runners-up twice.

Bartee, who is originally from Waynesboro, played at Wayne County High School and averaged 24.4 points, 12.3 rebounds and 2.0 blocks as a senior in 2002-03. Wayne County went 26-5 and finished as Class 5A runners-up. She averaged 16.3 points and 11.6 rebounds as a junior, earning All-State Second Team honors, as well as All-America Honorable Mention from Street & Smith’s.

Bartee started her college career at Western Kentucky, where she started 27 games and played in all 34 as a freshman, averaging 11.8 points and 8.8 rebounds. She was All-Tournament at the 2004 Sun Belt Tournament. She was the league’s fourth-leading rebounder, and WKU finished 20-14 and 10-4 in conference. The Hilltoppers made it to the third round of the WNIT.

She transferred to Ole Miss and played three seasons under coaches Carol Ross and Renee Ladner. She helped lead the Rebels to a 54-41 record with trips to the Elite Eight in the 2007 NCAA Tournament and the WNIT. Bartee led Ole Miss in rebounding as a senior, pulling down 8.0 boards per game. As a sophomore, she was the leading 3-point shooter, hitting nearly 35 percent of her shots from behind the arc.

Bartee has a bachelor’s in journalism and psychology from Ole Miss.

“This is my fourth year in my coaching career, so I wanted to understand better what it takes to compete at a high level,” Bartee said. “I think this will be a good place to grow and continue getting better.”