Smith named Bulldog of the Week 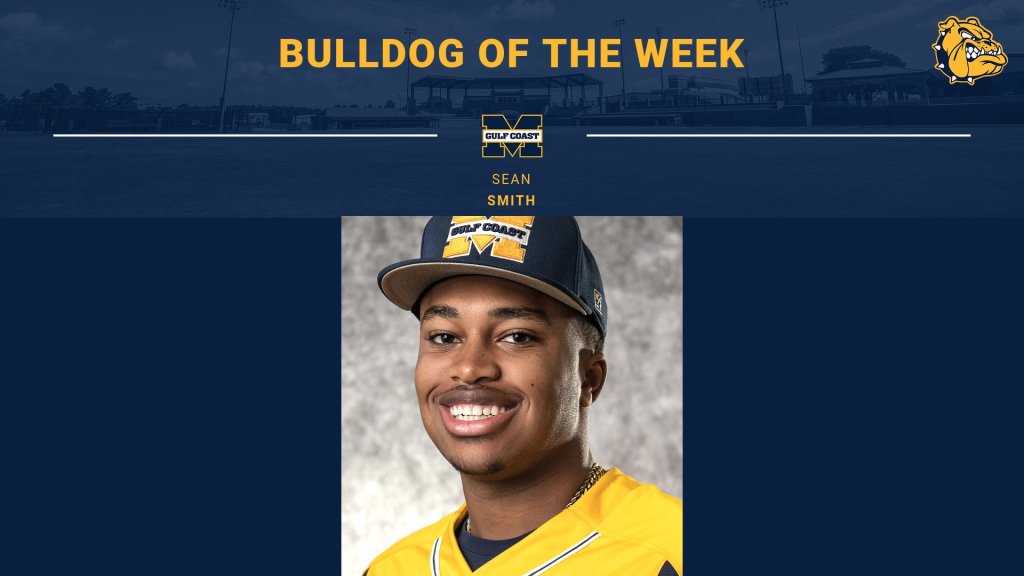 PERKINSTON — Sean Smith has been named Bulldog of the Week for April 25-May 1.

Smith, a freshman outfielder/DH from Pascagoula, helped lead Gulf Coast to the playoffs by slugging three home runs and driving in 10 runs during a 3-1 week. With the Bulldogs needing a sweep in the final doubleheader to clinch a postseason berth, he hit two home runs in a 9-6 win over Mississippi Delta in Game 1, driving in five runs. He drove in two more in the second game and had a double. Smith also homered in a doubleheader split against Co-Lin. He extended his hitting streak to 16 games during which he’s batting .421 with seven homers and 21 RBI.

David Beard, a freshman from Madison, led Gulf Coast to its 13th NJCAA Gulf District title in the last 14 tournaments by finishing second in Holly Springs. He shot 2-over to finish a shot behind the medalist, and Gulf Coast won by six shots over Meridian.

Breck Jones, a sophomore lefty from Gulfport, came into a tie game and set up a vital Gulf Coast sweep by shutting down Mississippi Delta for 5.1 innings. He struck out five and walked just one in a 9-6 win, allowing four hits and a walk. The win helped the Bulldogs clinch a playoff spot with a sweep.