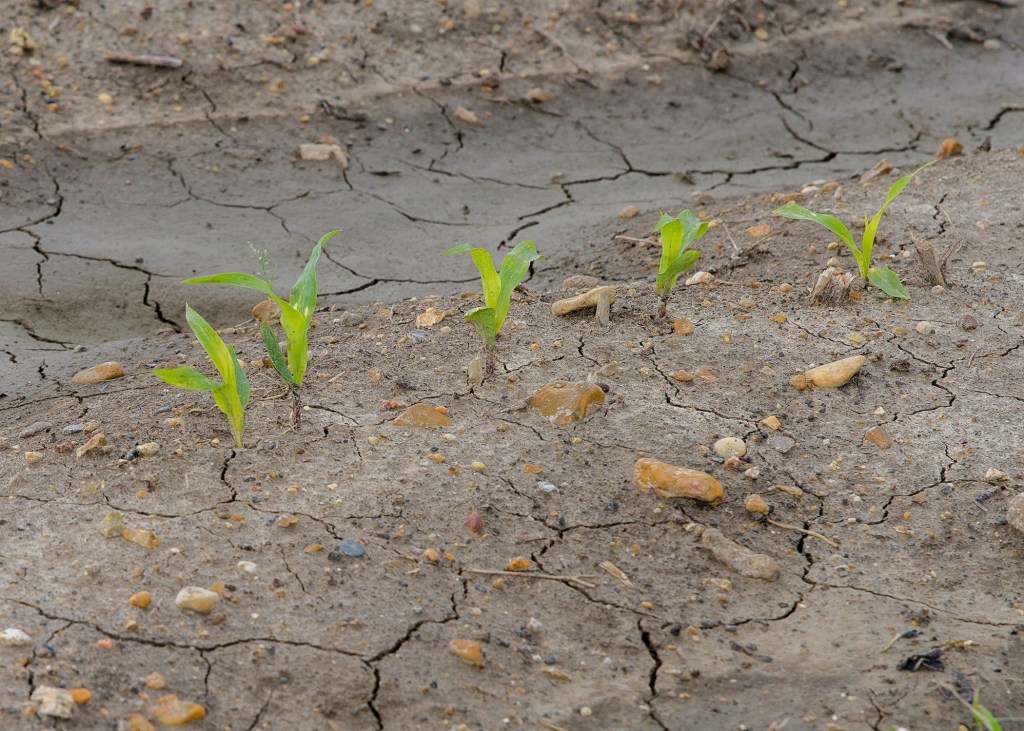 Will Maples, an agricultural economist with the Mississippi State University Extension Service, said high input costs and high market prices have presented challenges to growers trying to decide what crops to plant.

“There was an argument to be made that the price of corn relative to soybeans could drive more corn planting despite the higher input costs,” Maples said. “There was also an argument that high fertilizer costs and supply uncertainties would make producers plant more soybeans than corn.

“We ended up seeing the second argument win out, as, nationally, we are projected to plant 90 million acres of soybeans and 89.5 million acres of corn,” he said. “High input costs steered people away from corn.”

“This is the first time corn has been above $8 since August 2012,” Maples said. “Global conflicts and the outlook of smaller supplies due to less planted acreage is driving prices. Planting is a volatile time for corn markets, as weather plays a key role in how much corn actually gets in the ground. Any delays in planting could push prices higher.”

The U.S. Department of Agriculture estimated that the state’s corn crop was 63% planted by April 24. Typically, three-fourths of the crop is planted by that date. Sunny, dry weather in late April allowed growers to gain ground, as crop planting has been seriously hindered by rain.

Erick Larson, Extension grain crops agronomist, said Mississippi’s corn planting intentions were about 100,000 acres down from 2021. Rainy weather during the planting season plays a major role in Mississippi crop plantings, and 2022 is no exception.

“This year has been a challenge to line up more than a couple days when fields are dry enough to allow growers an opportunity to plant corn,” Larson said.

“Much of the northern part of the state has not planted many acres until the past few days,” he said. “Although growers in south Mississippi and the south Delta are nearly finished, corn planting progress has been a real struggle.”

Corn production requires a significant amount of nitrogen fertilizer, and the cost for this input has increased dramatically since last year. Although market prices for corn are good, producers must carefully manage the crop, including the timing of fertilizer applications.

“Corn still looks as promising as other crops when comparing budgets, but it is viewed differently because of factors like the early planting date and nitrogen use,” Larson said. “The comfort factor with corn is often less than with other crops.”

Any acres intended for corn but unable to get planted will likely go to soybeans or cotton, depending on the complement of crops grown by that particular producer.

Wet weather is not the only challenge facing corn growers this year. Larson said there have been issues with the supply of various fertilizer, herbicide and pesticide products.

“Shortages in the agricultural industry are a lot more relevant this year after the previous couple of years,” he said. “Uncertainty associated with supplies and expenses may affect cropping decisions as well.”

Keep up with current corn and other row crop information offered by the MSU Extension Service at https://www.mississippi-crops.com.