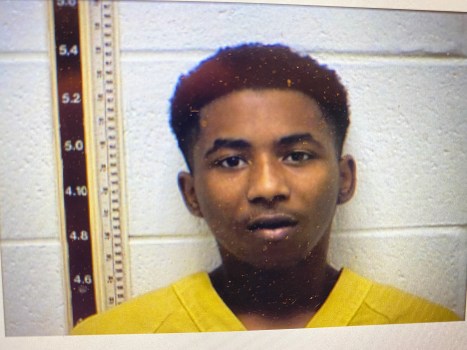 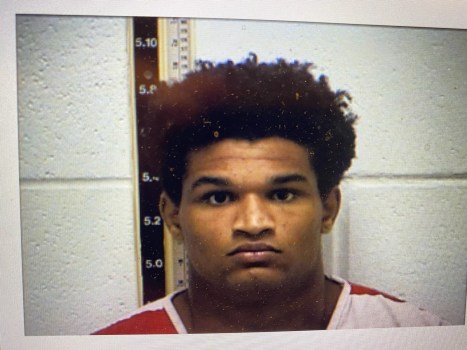 Two individuals were arrested after damaging a bank and one allegedly tried to rob a person.

The caller stated the black male subjects had gotten into the car. Officers made contact with the vehicle and its occupants near Sixth Avenue. The driver of the vehicle was later identified as 18-year-old Jamario Leggett of 1904 Evangeline Dr., who also  had two 17 year old juvenile passengers inside the vehicle with him. The subjects were removed from the vehicle due to the possibility they could be in possession of a firearm.

As the officers spoke with Leggett, he became uncooperative and refused the officers’ orders to stop trying to reach into his pockets. The officers were able to secure Leggett with handcuffs after a short struggle. One of the juveniles on scene admitted to firing a handgun in the area of Bank Plus. Officers conducted a search of the vehicle for weapons and located a misdemeanor amount of marijuana. Investigators came to the scene at Bank Plus and located several shell casings in the parking lot area and located a glass door to the bank which had been shattered.

Officers checked camera surveillance in the area and were able to observe Leggett striking the door with his fists shattering it. No entry was made into the bank. Officers were also able to see one of the juveniles, identified as 17-year-old Darrell Sekaka Hinton of 4 Eaves Rd., had fired the handgun in the direction of another subject on scene. Leggett was arrested and transported to the Pearl River County Jail where he was booked and incarcerated in for felony malicious mischief, possession of marijuana, disorderly conduct, and resisting arrest.

Hinton was charged as an adult for aggravated assault and armed Robbery and incarcerated in the Pearl River County Jail.

The second juvenile was released to the custody of the parents without charges.