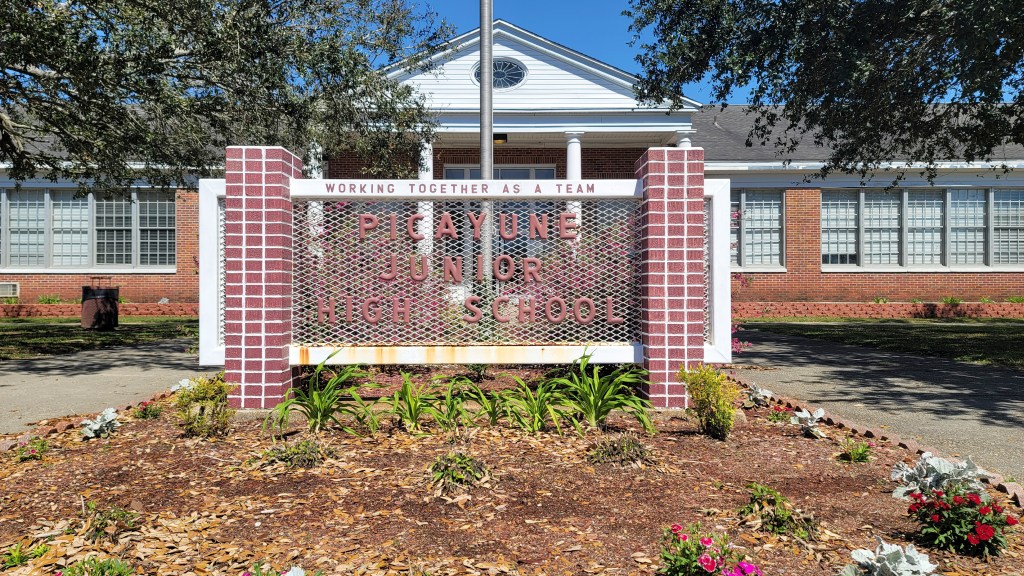 While continuing their studies at school, these teachers and students took leaning to a new level with a simulated stock market competition.

The SMG is an online education program used in over a thousand classrooms nationwide to build math, social studies, business and language skills. The curriculum used in the SMG program is correlated with the Mississippi College and Career Ready Standards and meets the criteria of a STEM program.

Students in grades 4-12 participated in teams and managed a simulated investment portfolio during this school year. This year’s task was to invest a hypothetical $100,000 in the stock market over a period of 13 weeks. Winners were determined on a percentage return scale, above or below the S&P 500 growth.

Led by PJH eighth grade math teacher Melisssa Dedeaux, and her three students Jason Lane, Macy Marquette and Warren Brown, the local team was recently named 1st place winners in Region 6 of the completion. In their first year competing, they became the top investors in their region growing their hypothetical $100,000 investment by 14.2 percent.

Dedeaux involved her advanced math class of 26 students in the SMG competition and split them up into nine groups of three. The ideas of competing in this competition came from Dedeaux. She wanted to do something different that would challenge her class. SMG was perfect for the students. They showed interest in it during the beginning of the school year and Dedeaux said that’s because some of her student’s parents already own stocks.

“It was free, I knew very little about it but signed up anyways. And they kind of taught themselves how to do it,” said Dedeaux.

Every Friday for the past 12 weeks Dedeaux’s students met in the library and started trading, and during the week day she’d let the students trade if they had the extra time in class. During that period of time the students taught themselves how and what to trade.

“Funny thing is the group that won, I don’t think they had any knowledge about stocks, they started buying stuff they liked and we talked about things they used every day… stuff they knew would sell. They invested, they sold and traded and got that gain. I was so proud of them,” said Dedeaux.

The popular investments made by the class were in Walmart, Amazon and several tech companies. Dedeaux said because of the competition the students learned about today’s economy. They left with an understanding that the stock market is very hard to predict.

“They were surprised by what they thought was going to go up wasn’t going up, or didn’t go up. And with the gas prices rising, they got to see what gas companies did. It was real interesting to me and I learned a lot just from them,” said Dedeaux.

Dedeaux and her students are interested in competing in SMG again and in any other math competition next year. Dedeaux, Lane, Marquette and Brown will receive a prize for first place by the Mississippi Council for Economic Education on May 18.