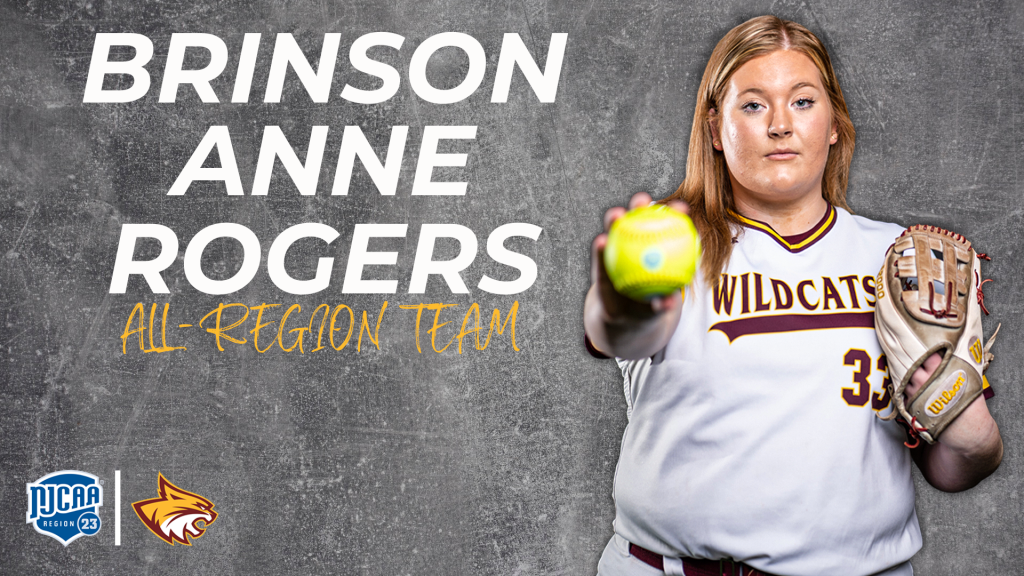 POPLARVILLE, Miss. — Pearl River softball’s Brinson Anne Rogers (Statesboro, Ga.) has been no stranger to accolades during the 2022 campaign and the Wildcat ace can add another to her list after being named All-Region 23.
The right-hander has already been named First Team All-MACCC and was the MACCC Pitcher of the Week five times this season.
“Brinson did a phenomenal job this season,” head coach Christie Meeks said. “She consistently kept batters off guard and handled the pressure well. We are proud of her and can’t wait to see what she does next year.”
Rogers finished her 2022 season as one of the top pitchers in the country.
She finished her phenomenal season with a 17-5 across 156 1/3 innings pitched. She threw 16 complete games and saved two games. The right-hander currently sits third in the NJCAA in ERA (0.94), second in strikeouts (299) and first in strikeouts per seven innings (13.39).
Across the year, Rogers tallied a remarkable 15 games with double-digit strikeouts. Her highest total of the season came in a game against Pensacola State where she stuck out 19 batters.
She also turned in a nearly impossible two-start stretch during the year. In a game against Jones College, Rogers threw a no-hitter while striking out 14 batters. In her very next start against East central, Rogers threw kept the Warriors hitless across eight innings while striking out 15 batters.
For the latest on Pearl River Community College athletics, follow us on Twitter (@PRCCAthletics) and Facebook (PRCCAthletics).