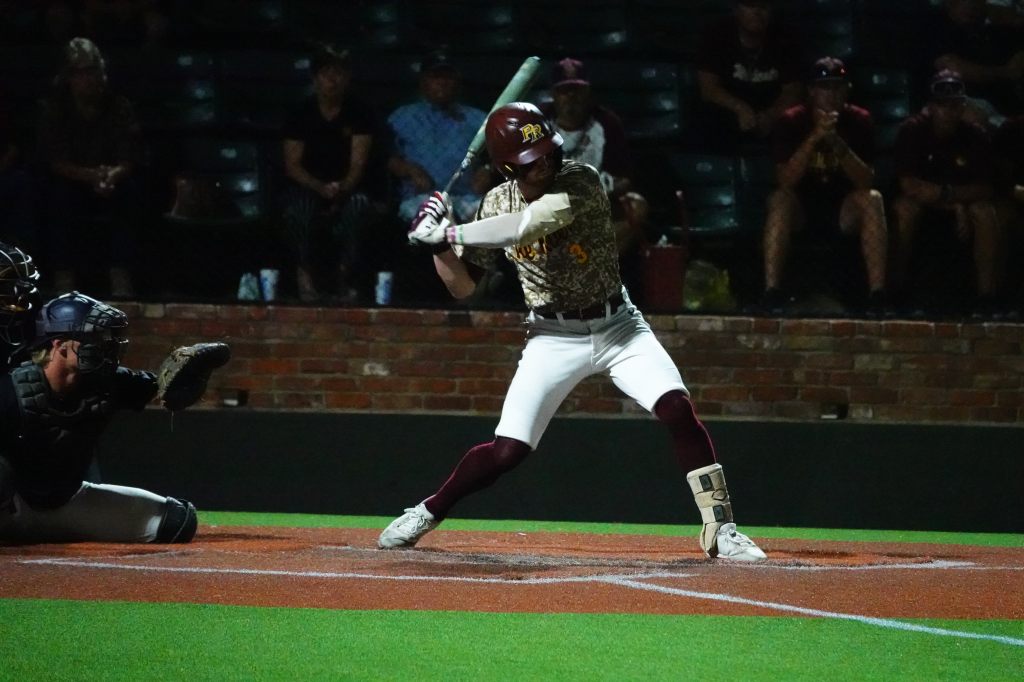 “That’s a quality team we played right there. They’re strong, they’re physical and they swing the bats well,” Pearl River coach Michael Avalon said. “They were ready to play, credit to them. They squared some balls up. I thought there were some tough calls that didn’t go our way tonight, but we didn’t let the frustration get the better of us. I’m very proud of our guys for their performance.”

Lansing (44-9 overall) got on the board first in the contest. After a walk and an error, the Stars pushed a run across with a ground out.

Pearl River (42-10) went quietly in the bottom of the first inning, but a quick top of the second from starting pitcher Turner Swistak (Hattiesburg; Oak Grove) sent the Wildcats back to the plate.

PRCC put up a three-spot in the frame to take a 3-1 lead. Alex Perry (McComb; North Pike) got things started with a single. The freshman swiped second base moments later before coming around to score on a D.K. Donaldson (Gulfport; West Harrison) opposite-field single. Logan Walters (Petal) lined a single into left field to move Donaldson around to third. A Walters stolen base was followed by Woodcock lacing a two-run single into right field.

The Stars tied things up 3-3 in the third inning off a homer and an RBI double.

Swistak turned in a great bounce back inning in the fourth, aided by an incredible play by Donaldson. Swistak struck out the first batter of the frame and got the second to ground out to Donaldson. On the next pitch, Lansing crushed a ball down the first baseline that Donaldson dove to glove. The sophomore then gathered the ball and tossed it to the covering Swistak for the out.

Walters led off the fourth inning by lining a ball into right field. The LCC left fielder misplayed the ball, allowing it to roll all the way to the wall. Walters never checked up, sliding into third base. John Griffin Bell (Mobile, Ala.; Faith Academy) drove him in with a groundout one batter later, making the score 4-3. Gabe Broadus (Wilmer, Ala.; Faith Academy) drew a five-pitch walk on the next at-bat, and in stepped Tate Parker (Gulfport; West Harrison). An 0-1 pitch from the Stars’ left-handed pitcher was blasted deep over the left field wall by Parker to extend the PRCC lead out to 6-3.

The Pearl River lead was cut to 6-5 in the fifth. Back-to-back singles and an RBI groundout plated the first run, and an RBI single scored the second. Lansing had a chance to score another run, as they drove a single into right field, but Ian Montz (Lafayette, La.; Acadiana) fielded the ball, crow hopped and unleashed a rocket to home plate to get the runner out and end the inning.

“That dude is really good out there. He’s made throws like that all year,” Avalon said. “They’re always on the money. It was a great play by Matt to stay with it. That was a big-time play. That shifted the momentum and once we got that momentum we didn’t give it back.”

PRCC grabbed some much-needed insurance runs in the bottom half of the frame, plating four runners to take a 10-5 lead. Donaldson led off the inning with a double before advancing to third on a Matt Mercer (Richton; Petal) single. One out later, Woodcock struck again, lacing a two-run single into center field. Bell singled to move Woodcock to third and then he scored on a passed ball. Broadus capped the scoring by collecting an RBI with a ground out.

Lansing sliced the Wildcat lead to just two runs at 10-8 in the top of the sixth inning. If it bothered Pearl River, the Wildcats sure didn’t show it as they pushed across an incredible seven runs in the bottom half of the frame to take a 17-8 lead. Montz and Donaldson walked to begin the inning. After a fielder’s choice, Preston Soper (Madison; Germantown) walked to load the bases. Woodcock built on his incredible day moments later, driving a 1-1 pitch into right field for a two-run double. The RBIs pushed his total to six in the contest. A two-run single from Bell coupled with RBIs from Perry and Donaldson capped the scoring in the inning.

Cole Tolbert (Laurel; West Jones) started the top of the seventh with a strikeout and a fly out. The final out of the night was very fitting as Woodcock dove to field a ground ball that was headed for the outfield and threw to first base to get the batter out.

Swistak earned the start, pitching four innings and allowing five runs on five hits and one walk. He struck out four batters. Ryan Burt (Columbus; New Hope) tossed one inning, allowing two runs on three hits and a walk. He struck out one. Tolbert threw the last two innings of the game. He tallied four strikeouts against one run and two walks.

Woodcock was the difference-maker at the plate. The second baseman finished 3-for-4 with two runs and six RBIs.

PRCC gets an off-day Tuesday and returns to action in the semifinal round Wednesday at 3:30 p.m.