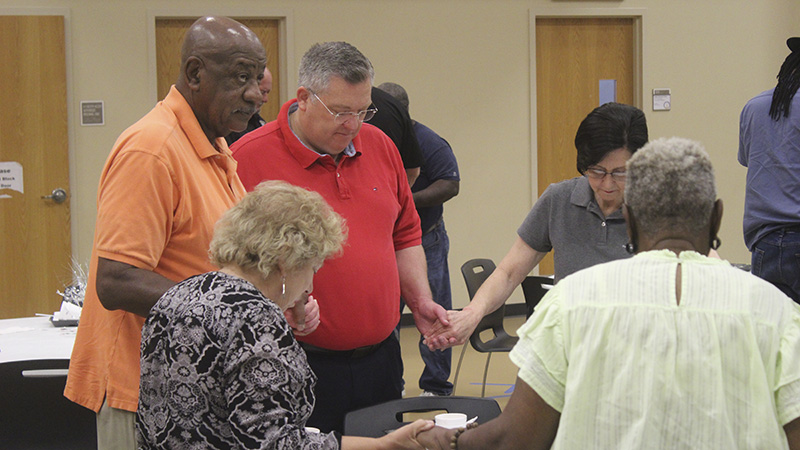 Picayune Mayor Jim Luke opened the event by giving thanks to all who attended. Luke said it was his first prayer breakfast as mayor and he said he felt very blessed to be there.

“From coast to coast, to community to community, all across the country there are thousands and thousands of people on this national day of prayer… we are all joined together, united together for one goal, pray for our nation, our city and our state,” said Luke.

Several high school students from the Pearl River County School District took turns reading scripture and performing a prayer. The students read from several verses from the Bible. In between the scripture reading Brianna Pit sung God Bless America. The event closed with a group prayer that involved attendees gathering in groups of three or four.

State of Stennis shared during breakfast