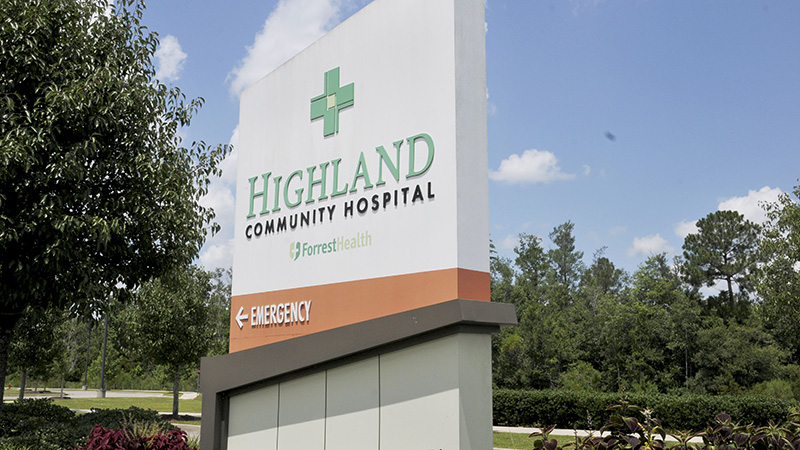 Dr. Ahmad Haidar has issued a public notice through a local attorney’s office that he has been released from employment with Forrest Health’s Highland Community Hospital.

According to the notice issued through Cruse Law Firm PLLC on May 22, Dr. Haidar’s office, also known as Highland Internal Medicine, was closed on May 17 by Forrest Health without notice.

Haidar’s release states that on April 27, of this year a letter was drafted by Forrest General Hospital notifying patients that “Mr. Jonathan Trahan, N.P., and Sara Duncan, N.P. were no longer practicing at Highland Internal Medicine.” The release states that Trahan, Duncan, and Haidar were all unaware the decision had been made.

Subsequently, on May 10, the staff became aware that staff could not schedule patients for appointments during the month of June. It was at that point the IT department of Forrest General Hospital provided notification that Trahan and Duncan would be reassigned as of June 1, of this year.

Haidar states in his release that on May 17, he then met with administration and legal counsel of Forrest General Hospital and was fired from employment and no longer had access to the records of his patients. The release also states he was provided with a “Settlement, Release, and Payment Agreement.”

Then on May 18, all files, telephones, computer and medical equipment was removed from the facility, according to Haidar’s statement.

“Despite Forrest County General Hospital’s attempt to help Dr. Haidar ride off into the sunset, he is reopening his office on Monday morning at 8 a.m. (May 23, 2022),” the statement reads.

The statement goes on to say that Trahan and Duncan were not involved in the release of the statement, and will continue their work under Forrest General Hospital’s contractual agreements.

Jeff Cook, Forrest General Hospital’s Vice President and General Counsel, issued a follow up statement in response to Haidar’s. Cook’s statement says that the decision to close the Internal Medline Clinic in Picayune was made after five years of operation, but Haidar is no longer employed by Highland Community Hospital. A reason for both of those decisions was not provided in the statement from Cook.

The statement goes on to state that Trahan will see patients at Highland Pediatric &Primary Care Rural Health Clinic in Picayune, while Duncan will be moving to join the staff of Pearl River Family Clinic in Poplarville.

“We are in the process of rescheduling all patients of Jonathan Trahan and Sarah Duncan at their new locations, respectively. Any patients, including patients of Dr. Haidar, may continue to be seen in one of our clinics or immediately obtain their medical records upon request using your Iris patient portal or contacting our Release of Information Department at 601-358-9460. We recognize a patient’s right to choose their medical provider and Highland Community Hospital will provide your medical records to a provider of your choice upon obtaining a HIPPA-required release from you,” Cook’s statement says.

Haidar states in his release that his new location, called Picayune Internal Medicine, can be reached by calling 601-699-9646 and is located at 200 Country Club Dr.