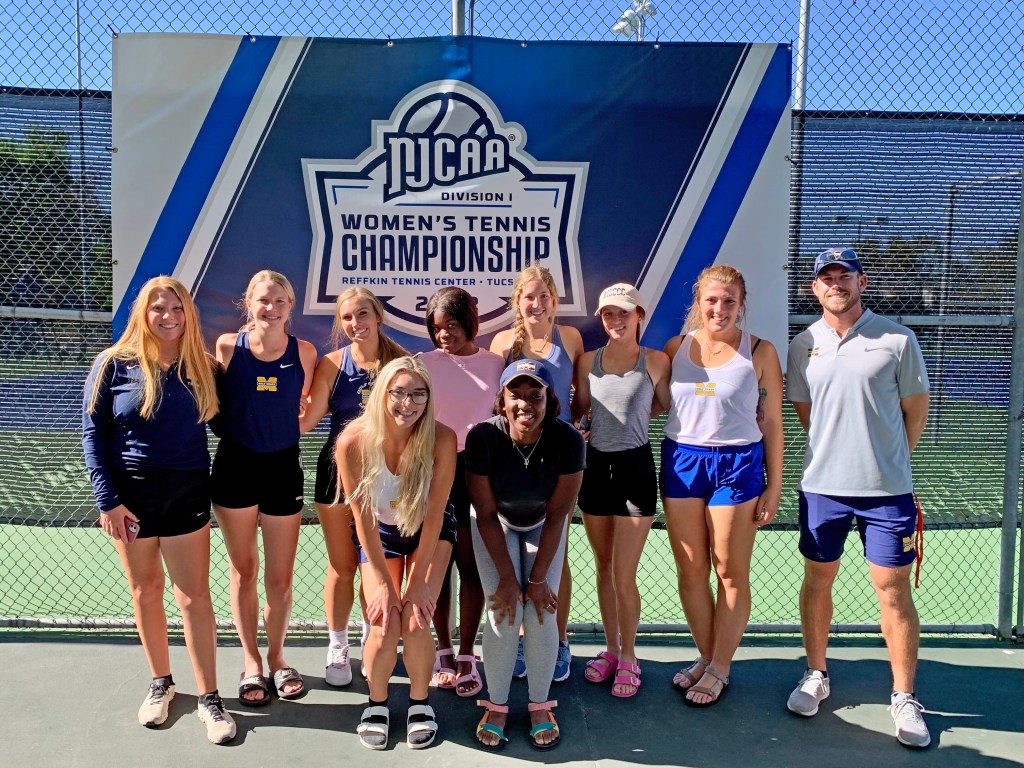 Bayley Askin and Ashleigh Chelette picked up No. 17 Mississippi Gulf Coast’s final points in the NJCAA Division I Women’s Tennis Championships on Tuesday.

They defeated Coastal Alabama-South’s Taji Williams and Emma Spears 8-1 early Tuesday afternoon to advance to the No. 3 doubles consolation finals later in the day in Tucson, Ariz.

“Bayley and Ashleigh saved some of their best doubles for the very end of the season,” Gulf Coast coach Sam Blackburn said. “They played Coastal Alabama who’d beaten us earlier this season, they beat them handily in the semis. In the finals, they played an eight-seed, a team that really supposed to win, and they pushed them. “

Askin and Chelette lost to Weatherford’s Marija Ristanovic and Lina Brandt, the eighth-seeded team in the competition who lost in an upset in their first match.

Gulf Coast started the day tied for 20th and picked up an additional half-point. The Bulldogs’ final place in the standings will be announced Wednesday.

“A lot of how you do at nationals comes down to the luck of the draw,”  Blackburn said. “We had high expectations, and I think we did the best we could with the draws. There were a few matches we were disappointed we lost, but that’s tennis. It’s a roller coaster.”

Chelette and Kasey Kent (So., Ridgeland/Ridgeland), who won her opening round match to pick up two points, are the only sophomores on this year’s squad. Next year’s team will now have a lot of experience on the big stage.