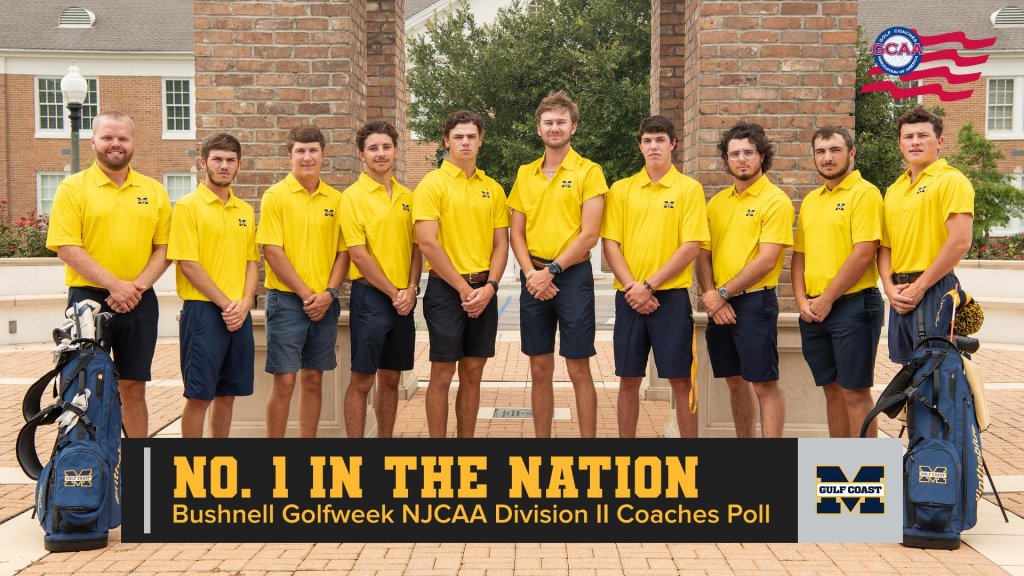 PERKINSTON —Shortly after Mississippi Gulf Coast boarded their bus Friday morning heading for the national championship, the Bulldogs learned they’d have a big bull’s-eye on their backs next week.

Gulf Coast is the new No. 1 in the Bushnell Golfweek NJCAA Division II Coaches Poll, moving just in front of South Mountain.

The team is already confident headed back to Twin Hills Country Club in Joplin, Mo. The Bulldogs won by 34 shots in a preview event in October over Kirkwood, which is ranked third now. MACCC-rival Meridian was 52 shots behind, and the Eagles head to Joplin ranked fifth, and sixth-ranked Tyler was third.

“Both trips we’ve made up there we’ve had individual and team success,” Gulf Coast coach Brad Thornton said. “The golf course really suits the style we have here on the Gulf Coast. They have good greens, good facilities and we’ve really excelled every time we’ve been up there. We’re hoping for the same.”

Gulf Coast’s Jon Hopkins, who’s now at Florida Gulf Coast, won medalist when the team played up there in Oct. 2019. That was another preview event for the COVID-canceled 2020 national championship that saw Gulf Coast finish second.

They’ll form the five-man squad that starts the tournament, with Hayden Russell (So., Gautier/Gautier) as an alternate.

“I think the guys have worked their tails off the last couple of weeks, even after getting out of class,” Thornton said. “The daily updates and reminders, they’ve been on top of it. They’ve been very responsible, very accountable. I think we’re going to see those dividends pay off when we get up there.”

Live scoring will be available at https://results.golfstat.com/public/leaderboards/gsnav.cfm?pg=team&tid=24936.