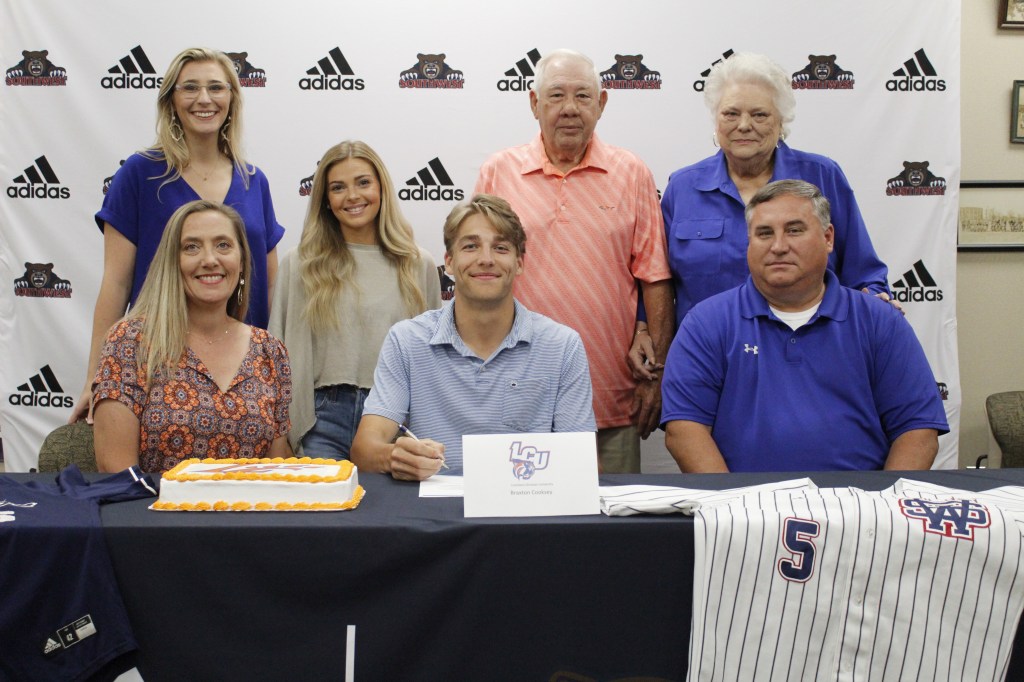 Having a great deal of success on baseball diamonds in Pike County is something that Braxton Cooksey has done for several years, from his days at Parklane Academy in McComb to the past two seasons with the Bears.

Now he will get to continue his career, not only outside of Pike County, but outside of Mississippi after recently signing with Louisiana Christian University.

“I’m just finally going somewhere, where I don’t know anybody and I get to make a name for myself in a new town,” Cooksey said.

He added that he chose to sign with the Wildcats over offers from Blue Mountain and Belhaven and that there was a certain level of comfort at LCU.

Cooksey is no stranger to the LCU campus and playing on the Wildcats’ field. In addition to getting to tour the campus and facilities there, he and the Bears played the LCU Junior Varsity team earlier this year, splitting with the Wildcats.

Cooksey said that he is thankful for his run in Summit with the Bears.

“Southwest treated me good since the moment that I got here,” he said. “Everybody was welcoming and made it feel like home. (Former Head) Coach (Ken) Jackson, (Assistant) Coach (Derrick) Mount and Coach “Ed” ( Bear Head Coach Jack Edmonson) helped me get to where I am now.

He also wanted to shine some light on his teammates who helped motivate him and help him along the way especially a group of guys he played with dating back to his days at Parklane Academy.

“I think that we had five from Parklane?” Cooksey said. “But me and (Braydon) Coffey have played together since we were 5 and 6. He’s been calling pitches for me and he basically calls the pitch for me and I throw it, he knows what I want. It is like having a second mind.”

With his signing, Cooksey joined Coffey on the list of Class of 2022 Bears who signed with four-year schools. Earlier in the spring, Coffey signed on to play with William Carey.

Throughout his career, Cooksey has shown his versatility playing both pitcher and middle infielder. When he gets to Pineville, La. and suits up with the Wildcats, he is expected to do the same.

Coach Edmonson said that he is thrilled to see Cooksey get the chance to shine with a four-year program.

“He has grown tremendously,” Edmonson said of Cooksey. “He’s not just a name for Southwest but he is a name for this whole area and Pike County and there are a lot of people who are going to be proud of him. I told him in a meeting the other day that these next two years are going to be huge for him.”