Askin named Bulldog of the Week 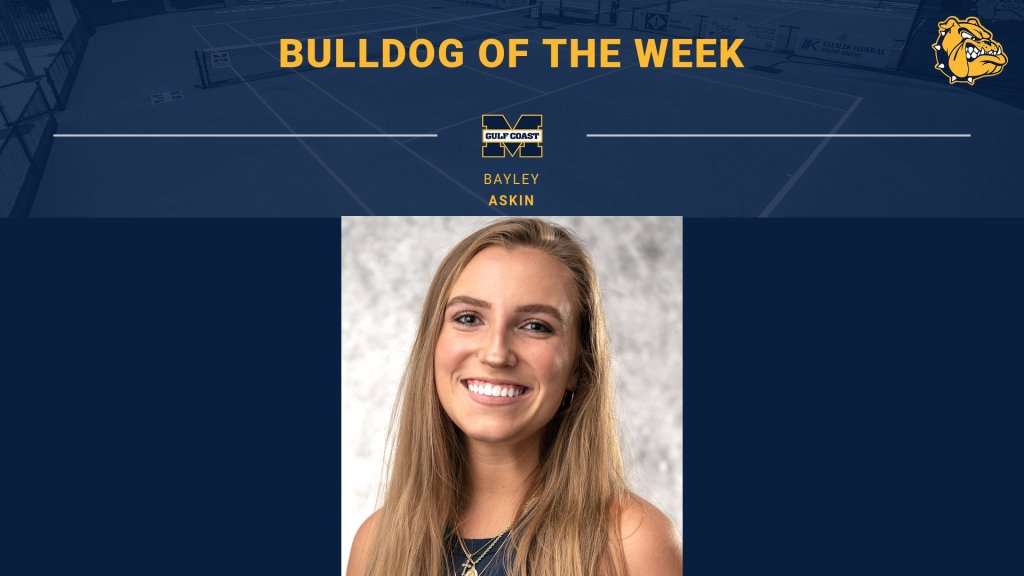 PERKINSTON — Bayley Askin has been named Bulldog of the Week for May 9-15.

Askin, a freshman from St. Martin, won her opening round match in No. 4 singles in the NJCAA Division I Women’s Tennis Championship in Tucson, Ariz., to pick up a pair of points for the Bulldogs. She also advanced to the No. 3 doubles finals in the consolation bracket with Ashleigh Chelette, picking more points along the way.

Abigail Garman, a freshman from Diamondhead, advanced to the No. 5 singles finals in the consolation bracket in Tucson. She narrowly lost her No. 2 doubles match in the opening round, falling 9-7 in a third-set tiebreaker with Hayden Hensarling.