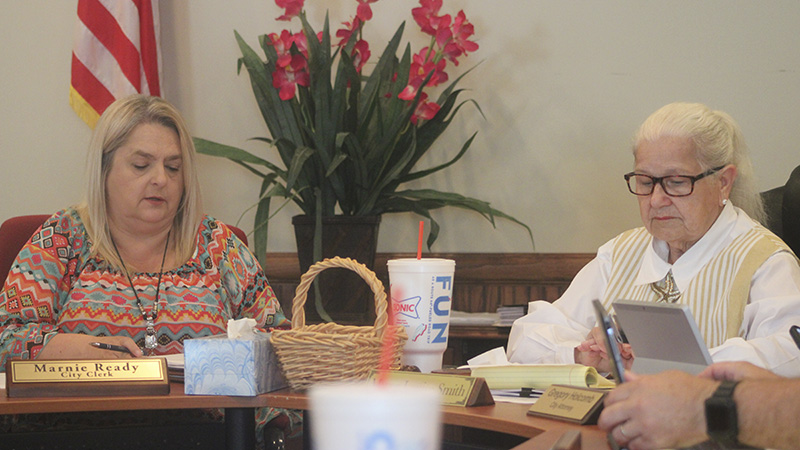 During Tuesday’s Poplarville Board of Aldermen meeting, the Board discussed the citywide cleanup day, the tower at City Park and vagrancy in the city limits.

The citywide cleanup is planned to for Saturday from 9-11 a.m.

The Board approved a motion to remove a 15kw generator from the communications radio tower at City Park. The tower has been used for several years by the Poplarville School District for school bus communication but has moved to another means of communication. Police Chief Daniel Collier and Fire Chief Jason Bannister told Mayor Smith they see no need for the tower in the future. The Board was informed there is an agency that may want the tower but if that falls through the city will have to figure out what to do with it.

“It is a liability to us if we leave it there,” said Smith.

Suggestions to tearing the tower down were made, but the the Board will discuses the matter further during the next meeting.

The Board then addressed vagrancy in the city limits that appears to be a disturbance to the city’s citizens. Mayor Smith said homeless people have been spotted sleeping on City Park equipment, and some citizens have reported incidents of theft. Mayor Smith said citizens have been concerned of the “unknown,” and worry about the presence of homeless people in the city. Collier said some of the homeless have been seen sleeping near the railroad tracks, which is private property of the railroad company.

No action was taken on the matter, but the Board will look for avenues to solve the problem.

The Board also heard from Carol Williams, who proposed dates and specific requests regarding the Sweet Tea Festival. The Board agreed to have the festival on Friday, Oct. 7, from noon- 8 p.m. and Saturday Oct. 8, from 9 a.m. – 8 p.m. There will be vendors on the Town Green and City Square along with live performances. Williams also requested permission to sell beer and wine during the event. Mayor Smith noted that the Poplarville Police officers and the Public Works department would be paid overtime through these events. The Board will look into whether the city’s ordinance allows for the sale of beer and wine during the meeting.

In other business The Board:

The Board closed the meeting to go into executive session to discuss personnel matters.